Overview: Drone Laws and Regulations in the UAE

Drone Laws and Regulations in UAE 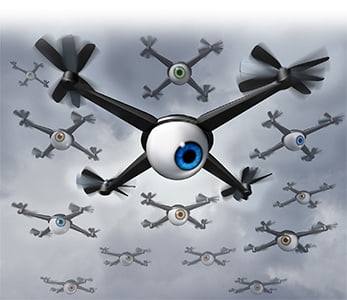 With new innovations and big investments, drone technology continues to evolve almost every day, bringing more advanced drones to the market every few months. Almost every week we see press releases and research papers on the use of drones in new areas and industries.  The popularity of drones has grown over the years, and new models release every day with the addition of newer and more complex technology.  Drones or Unmanned Aerial Vehicles (UAV) include everything from the drone’s aerodynamics, materials used in the manufacture of the UAV, the chipset, circuit boards and software used in the drone.

Drones or an Unmanned Aerial Vehicle is an aircraft that can be navigated via control from the ground using a GPS tracking system, that is without a human pilot on board the aerial vehicle.  In simple terms, they are aerial vehicles that do not require a human to pilot it from within. Drones can range from those tailored for beginners to those for skilled projects. Some drones come with a memory card that allows the user to record footage and upload it to their computer. The navigation of the drones is via their channel control and transmitter; the user can better navigate the drone at a higher speed with higher channels of control.

These are the most common types of drones used, both by professionals and hobbyists alike. Used for most common applications like aerial video surveillance and aerial photography, it also offers wide variants for the purposes of leisure like amateur drone racing. This type of drone is the easiest to manufacture, the cheapest one available in the market, and has 4 variants depending on the number of rotors:  Tricopter (3 rotors), Quadcopter (4 rotors), Hexacopter (6 rotors) and Octocopter (8 rotors).

These drones use a wing similar to normal airplanes and unlike the non-fixed-wing type models, does not utilize energy to stay afloat on air. These drones cost more and require more skill-set for operation.

They look very similar in design and structure to helicopters and unlike a multi-rotor drone, only have one big-sized rotor with a small-sized one on its tail to control its heading.  They are much more efficient than the multi-rotor drones and have higher flying times but also require a higher skill-set and training to operate.

Being a hybrid, these drones combine the benefits of higher-flying time of fixed-wing models with the hover function of the rotor-based models. Though there wasn’t much success in its testing since the 1960s, with the development of new generation sensors like gyros and accelerometers, the concept received a new life.

There are so many uses of drones in all specters of life today including drone light concerts synchronized to the music, however, for reference, some of them are listed below:

UAE Regulations and Laws on the use of Drones 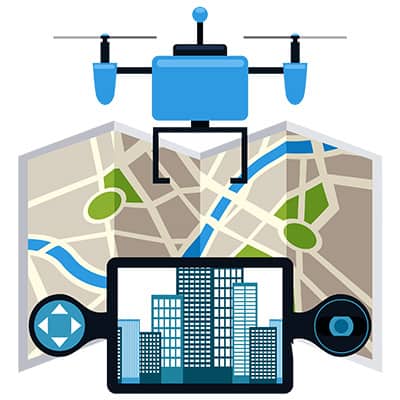 Like any other flying objects, UAVs are also prone to accidents, causing damages to external properties, attached cameras, instruments, as well as to the body. Like any new technology, misuse or accidents can result in huge damages and liabilities to third parties for property damage, bodily injuries or interruptions.

There have also been incidents where UAVs have flown into restricted or unauthorized areas causing serious security concerns to the authorities. For instance, a drone caused disruption at the Dubai Airport on October 29, 2016, by entering its airspace. The Dubai Airport, as a result, had to be closed for more than an hour which subsequently caused 22 flights to be diverted. Drones are thus prohibited within a 5km radius of all UAE airports.

To ensure that the increased use of drones does not negatively impact airspace/cyber safety or security or privacy, the use of drones in the UAE are subject to strict regulations by the UAE government.

The foundation for the present legal framework was laid by the Federal Resolution No 2 of 2015-Regarding Light Air Sports Practice Regulations which set out requirements relating to the use of drones.

Drones fall within the purview of the definition of an Unmanned Aerial System (a UAS) by the Regulations, which states, a UAS is “an aircraft and its associated elements which are operated with no pilot on board”.

The Regulations also separate UAE into six categories based on physical and operational parameters:

Users of UAS for private leisure and sport are termed as private users, while commercial users use drones for purposes such as media, surveying, surveillance, inspection, air delivery amongst others.

There are minimum operational requirements and restrictions for each category. For example, private users in Category 1, 2 and 3 are prohibited from using drones with video or image capturing devices, while commercial drones in these categories may use drones with cameras or similar devices but require prior approval from the GCAA.

All drones in excess of 250 grams need to be registered using the registration platform hosted on the Emirates Standards and Metrology Authority (ESMA) website. A registered drone will be provided with an ESMA certificate, which will also carry a unique serial number and geo-fencing microchip to allow the drone to be tracked by the authorities.

Regulations require that any drones used for commercial or non-commercial uses, other than for recreational purposes, are required to obtain a UAE Operator Authorization (UOA) which is issued for a period of 1 year. It involves the following documentation and processes:

The owner or operators cause the drone to be flown without an authorization or permit from the competent authority or after the expiry or revocation of such certificates; or pilots it when drunk enough to impair his capacity to pilot; caused damage to aeronautical communication facilities or navigation aids or not maintained such facilities in good condition; or does not enter the required information in the documents or records of the aircraft or altered the information.

A term of imprisonment not exceeding three years and/or fine not exceeding one-hundred thousand Dirhams to any person who uses a drone without registration marks or displays a wrong one; flew the drone in a prohibited area; not complied with the order to land the drone along with similar other offenses. 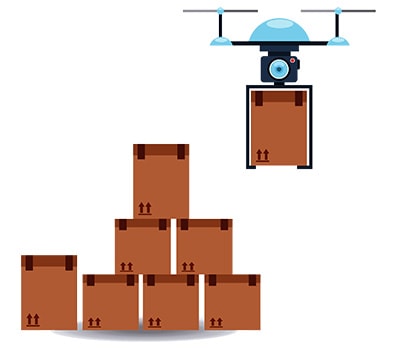 Article 378 of the UAE Penal Code clarifies that taking pictures of someone without their consent or in legally permitted circumstances shall be an invasion into the privacy or family life of an individual which will lead to the confiscation and destruction of the recordings and the photographer or videographer may be fined or imprisoned. Anyone who publishes such a picture or video shall be liable to the same punishment.

Article 43 of the UAE Copyright Law grants certain exceptions to Article 378- if the photographer or videographer captures a picture of another they shall not have the right to keep, show, sell, exhibit, publish, communicate, distribute the pictures without the prior consent of the person concerned. The punishment for the offense under this article is detention for a period not exceeding 6 months and a payment of a fine.