'No civilised society regards children as accountable for their actions to the same extent as adults ... The wisdom of protecting young children against the full rigour of the law is beyond argument. The difficulty lies in determining when and under what circumstances should it be removed.' – Professor Colin Howard 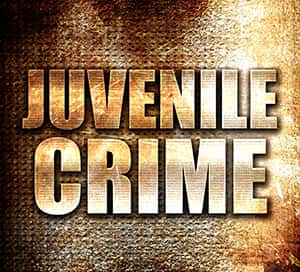 The Law relating to juvenile protection is a highly controversial topic and should be treated with utmost respect. Until recently, the law relating to the commission of crimes by the juveniles was under a dilemma, and now with the evolvement of jurisprudence, the legal system is more explicit concerning juvenile delinquency.

Juvenile justice is a sensitive area of law dealing with the rights and protection of children. Therefore numerous amounts of legislation have been adopted at all levels, be it national or international. Juvenile justice is a realm which deals with various issues including the liberty and behavioral aspects of a juvenile.

In this article, we will analyze the concept of juvenile justice and the position of juveniles from an international perspective.

The term ‘Juvenile' refers to any person, who has not attained the age of majority. In other words, a young person or a child who is not old enough to be regarded as an adult may be termed as a juvenile. Therefore under the law, the criteria for determining a juvenile may vary from jurisdiction to jurisdiction. For example, generally the age of 18 is considered as the age of majority, however, in countries like Japan and Taiwan, it is 20 years.

The United Nations Standard Minimum Rules for the Administration of Juvenile Justice, also known as the Beijing Rules, defines a juvenile as:

"A juvenile is a child or young person who, under the respective legal systems, may be dealt with for an offence in a manner which is different from an adult."

As discussed earlier, Juvenile Justice is within the domain of criminal law which deals with the offences committed by juveniles, and it also provides for their behavioral aspects, liberty, rehabilitation, and penal implications.

Article 5 of the Beijing rules lay down the aims of juvenile justice as:

"The juvenile justice system shall emphasize the well-being of the juvenile and shall ensure that any reaction to juvenile offenders shall always be in proportion to the circumstances of both the offenders and the offence."

Prior to the evolution of the juvenile justice system, the criminal courts tried and punished youths for the offences committed by them. Until the late 18 century, under the law, children were considered and treated with the same as that of adults. However, with the evolution of jurisprudence and the legal system, a thin line was drawn between the offences committed by adults and juveniles. Subsequently, the first juvenile court was established in the United States of America (Illinois) in 1899. The early juvenile institutions operated and were adopted under the doctrine of ‘Parens patriae’, which meant that a state could act as a parent of the nation.

Juvenile Delinquency is the commission of an offence by a Juvenile. With the development of law concerning Juveniles, the method in which a juvenile is treated is different from that of an adult.

James Burfeind and Dawn Bartusch in their Juvenile Justice: An Integrated approach defines juvenile delinquency as:

"Actions that violate the law, committed by a person under the legal age of majority."

The reason for the differential treatment that exists between juveniles and adults is because of the Minimum Age of Criminal Responsibility (MACR) and the doctrine of Doli Incapax.

“In those legal systems recognizing the concept of the age of criminal responsibility for juveniles, the beginning of that age shall not be fixed at too low an age level, bearing in mind the facts of emotional, mental and intellectual maturity.”

The age of criminal responsibility differs from country to country, and the Beijing rules provide for taking adequate measures to make it reasonable.

The most critical element for constituting a crime is ‘mens rea’ or the criminal intention to commit an offence. A juvenile and an adult are subjected to different judicial procedures primarily due to this notion. The notion that a child is incapable of having the intention to commit a crime is called as ‘doli incapax.' Under the English law, the doctrine of ‘doli incapax’ was the defense of infancy unless such a presumption was rebutted. Some of the states follow this doctrine, and therefore juveniles below a particular age are excluded from the liability for the commission of an offence. However, the age may vary from jurisdiction to jurisdiction. For example, the age of criminal responsibility is twelve in Canada and the Netherlands, whereas it is 7 in the UAE and India. This does not call for a necessity to maintain a specific age for criminal prosecution, and therefore in some countries, it is up to the prosecution to prove the existence of criminal intent.

In T v. DPP [1997] Criminal LR 127, T an eleven-year-old child stole sandwiches from a shop. At the instance of getting caught, T tossed the sandwiches down and fled the scene. When interviewed, the child admitted the act of stealing because of having no money. In this case, the court opined that the combination of admission and running away from the scene was sufficient for rebuttal. 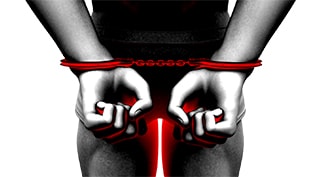 Though the concept of juvenile justice was not given much importance until the late 19 century, now it has become an area of law which contains the most number of legislation and International treaties. The international juvenile justice system focuses on the offences committed by the juveniles and has provided for the measures to protect the interests of the juveniles from the abuse of law. With the increase in concerns relating to child protection and their rights, many countries have adopted measures within their legal framework to safeguard the interest of the juveniles.

In Roper v. Simmons 543 U.S. 551, Christopher Simmons, age 17, arranged to burglarize a lady's home and murder her. He, along with two of his friends, planned for the crime. However, before the evening of the murder, one of his companions quit the arrangement. Simmons and his friend broke into the victim's home, bound her hands and tossed her over the bridge. In this case, the jury found him guilty and recommended for the death penalty.

However, in 2015, the Supreme Court of the United States ruled it unconstitutional for a person under the age of 18 years to be subject to capital punishment sentence, and thus overruled the 1989 Stanford v. Kentucky decision, which permitted capital punishment for offenders who were above the age of 16 years.

International Covenant on Civil and Political Rights, 1966  states -“5. Sentence of death shall not be imposed for crimes committed by persons below eighteen years of age and shall not be carried out on pregnant women.”

The United Nations Standard Minimum Rules for the Administration of Juvenile Justice, 1985 also known as the Beijing rules, was adopted on 29 November 1985 for protecting the well being of children.

The United Nations Rules for the Protection of Juveniles Deprived of their Liberty, 1990 also known as the Havana rules, lays down the standard for the management of the juvenile justice system.

The United Nations Convention on the Rights of the Child (CRC), 1989 provides for the protection of children by ensuring the rights available to them.

The United Nations Guidelines for Action on Children in the Criminal Justice System, 1997 also known as the Vienna guidelines, were adopted for the protection of children and it was addressed not only to the states, but also NGO's and media.

The International Juvenile Justice Observatory was formed in Brussels in 2002, to encourage global juvenile justice and to tackle the issues relating to juvenile delinquency and justice issues.

Therefore the above mentioned International instruments have taken adequate measures for the protection, and well-being of juveniles, and make it an obligation on the states to enact legislation conforming to such recommendations and policies.

The position of Juvenile Justice in the UAE

The UAE has taken adequate measures for the protection of Juveniles, and further has enacted and implemented provisions associated with juvenile delinquency. The United Nations Convention on the Rights of the Child was adopted and ratified by the UAE on 3 January 1987, and it was one of the first countries to do so within the Middle East.

Article (1) of the UAE Federal Law Number 9 of 1976 concerning juvenile delinquents and runaways defines a juvenile as:

“Juvenile is a person who is not older than eighteen years of age at the time of committing the act subject for questioning or being in a state of homeless.”

“If a juvenile who completed seven years but is below sixteen years of age committed a crime punishable by the penal code or any other law the judge shall give its ruling as it may find fit.”

The Article (10) of Federal Law Number 9 of 1976 provides for the replacement of capital punishment or life imprisonment in the case of a juvenile to detention punishment for up to 10 years. It provides for reducing the term so that it does not exceed one half of the maximum limit originally determined. Further, Article (10) also provides the juvenile delinquent with social care and educational facilities.

According to the Article (12), where a juvenile has committed more than one offence, he shall be punishable for both the crimes as one, provided that he receives punishment for the worst crime.

Article (23) provides for placing juveniles in suitable institutions or correction and educational homes for rehabilitation.

Therefore, the Federal Law Number 9 of 1976 provides for the law relating to juvenile delinquency and protection of juvenile offenders.

“A committee for rehabilitating the juveniles shall be formed upon a resolution from the minister of interior, in agreement with the minister of justice and Labour and social affairs, headed by one of the presidents of the federal public prosecution, including the following in its membership:

The committee shall be entitled to ask the aid of whom it deemed necessary from the concerned.” 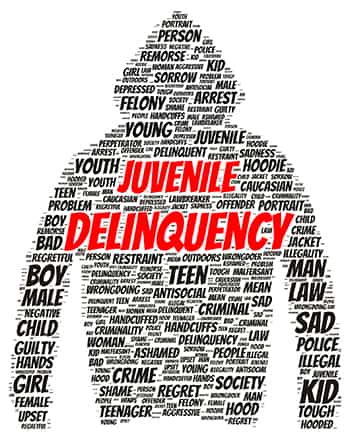 The Article (51) of the Federal Law Number 43 of 1992 contains provisions for allowing the juvenile to leave the establishment to visit relatives in the official feasts, during exceptional conditions or in any other occasion. It also provides for exceptional vocation, provided that such a resolution is from the minister of interior based on the committee’s recommendation.

Therefore, from above it is obvious that the concerned laws offer considerable protection to the juveniles within the region and adequate steps have been taken by the government for protection of juvenile justice.

The fine line between the commission of offences between an adult and a juvenile is now well accepted and recognized. Almost all the countries have provided for separate laws relating to the acts committed by juveniles, and it is necessary for the better administration of the State. Therefore, juvenile justice covers all the spheres of a juvenile’s life and is not restricted to a particular set of regulations.