Overview: Understanding censorship Across the GCC 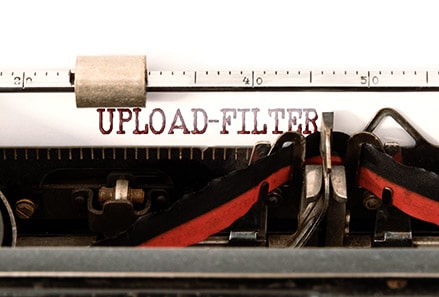 Censorship is one method of the government to control media. Censorship is characterized as concealment or forbiddance of speech or composing that is considered subversive of the benefit of everyone. It happens in all manifestations of power in some degree, yet in present day times it has been of exceptional significance in its connection to government and law and order. The main reasons for censorship are to ensure the security of the current system of the government, to inhibit or limit the attempts of oppositions and to protect the religious and moral values of the society. The Arab nations always give importance to the religion. They create socio political sphere for governance. The majority of nations in GCC censor the media.

Censorship during the Arab Spring

The Arab Spring was in response to the Tunisian Revolution in 2010. There was the anti-government protests and armed rebellions that spread across Arab nations.  Bahrain has utilized censorship for reducing the Internet speeds, to prevent the spread of pictures and recordings, observing web use, and blocking controversial websites and data’s. Egypt totally shut down the Internet for five days during the time of the most distress in January 2011. The government inhibited the protest through inhibiting the Social media. The government blocked certain sites or blocked internet service in times of the agitation. The social media played an important role in spreading the revolution. The success story of agitation through the social media paved a way for initiating new protests in other places or countries.

The Article 12 of Universal Islamic Declaration of Human Rights by the Islamic Council of Europe in 1981 reads that every individual has the privilege to express his viewpoints and beliefs so long as he stays within the limits recommended by the Law. No one in any case is entitled to scatter falsehood which may outrage public decency or to project slanderous defamations on different people. There will be no bar on the scattering of information provided it does not imperil the security of the general public or the state which is confined within the limits imposed by the Law

Article 2 of Kuwait's constitution expresses that the religion of the State is Islam, and Islamic Law will be a fundamental source of enactment. The Oman’s Constitution 1996 gives Freedom for opinion and scientific research. Everyone has the privilege to offer his opinion and publish it by listening in on others' conversations, recorded as a hard copy or in any case under the standards and conditions set by law. The given data should not invade the principal convictions of Islamic convention or the solidarity of individuals. Article 23 of Bahrain's constitution 2002 guarantees the freedom and privacy of mail, phone, and other different method for correspondence, none of which might be censored, looked, uncovered, deferred or seized except in cases determined by law and as indicated by a court.

The Qatar government had recently updated its penal code by expanding Article 136. The article takes into account the imprisonment of any individual who publishes or broadcasts contents which hurt nation’s interests or public opinion. Article 62 deals with the creation of a board or a committee including Ministries of Education, Interior, Labour and Social Affairs in Qatar to censor the restriction strategies. Article 63 involves how artistic works should be inspected before they are published. Article 64 states that the Department of Publications and Publishing may coordinate the Censorship Committee and observe that specialized, social, strict, moral and social practices are being followed. Article 65 states that unexpected reviews can happen in films and different areas in Qatar to ensure that movies, advertisements and shows are appropriate.

The ideology of the Internet is to make it as free as possible from any interference.it is impossible to completely impose a ban in Internet governance, because it is like a reflection of real world. There are laws designed to regulate the cyber world that is to ensure the right to access information, freedom of speech and expression, right against the violation of these rights and illicit behaviour. In GCC countries, the issue of freedom of speech and the right to access information on the Internet is quite overriding and are new to Muslim legal thought.

Saudi Arabia hesitated for years before allowing the access to public internet in the country. After giving access to the public internet a Saudi internet service unit was framed to control its usage. It had blocked more than 20000 websites including gambling, drug and pornographic materials.

Nations like Saudi Arabia, and the United Arab Emirates, fall into the class of nations with a significant degree of Internet censorship. The filtering of Internet traffic in these nations is primarily on areas like pornography, drugs and religious twists of Islam. The authorities of Saudi Arabia and the UAE have depended on censoring Internet traffic through the Secure Computing system which created software and administrations for filtering websites Later this organization, specializing in the making of Internet security products was taken over by another American company called McAfee. In this way, software for separating web pages in Saudi Arabia and United Arab Emirates was provided by the company in the United States.

The western software Netsweeper is used for Internet filtering in the GCC nations and Smartfilter for compilation and updating of block lists.  Simultaneously, the disadvantage is the emphasis on blocking English-language resources and afterward in Arabic. Another unmistakable element of the GCC model of Internet censorship is the widespread captures of bloggers and their criminal prosecution for spreading materials that threatens the decision ruling system under the pretext of their infringement on public values. The Analysis of the Muslim religion and lifestyle, endeavours at the ironical impression of Islamic prophets, also as porn, homosexuality, and chronic drug use, are very adversely seen in all nations in the Arab world. The issue is that kind expectations to protect the Arab society from moral decay conceal the objective of keeping power in the hands of the ruling system

Conclusively, we can presume that the activities of governments to censor the virtual world in accordance with the moral and the religious perspectives of their nations are not without justification. The interest in prohibiting resources especially regarding drugs, pornography, gambling etc is not based on any political or any other interest. Simultaneously, we ought not to fail to remember that most of the dislikes and protest are exhibited through the social media. The social medias like Twitter, Facebook, and YouTube are used by the dense groups for organizing their movements. History states that the public and private media in GCC countries downplayed the dense group of protest by inhibiting the social media. 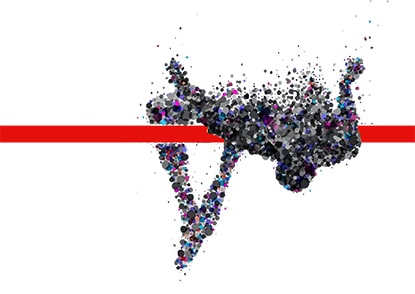 In the modern world, new strategies of correspondence and data transfer are actively emerging in both social and political processes. To frame amendments in censorship a deep research on the new ideal models, change in media landscapes, government policymakers, academics, and media professionals has to be considered. Analyses of the media laws and different regulations have to be carried out for aligning regional enactments to globally acknowledged enactments. Cultural consideration needs to be given importance to reform GCC media laws. A  Slow change is most desirable than over radical change in the legislation.

Dubai Media City Freezone 1. What law established this freezone? This freezone was established by Dubai Law No. 1/2000 issued on 29 January 2000. 2. What are the main internal…

Regulation of Media in the United Arab Emirates I. Introduction Indubitably, the inception of mass media was with newspapers that delivered information and news from the 1690s till present. Having…

Telecommunication and Media Law Introduction The media and telecommunication industry is one that is fast evolving worldwide. From an earlier time period where Print and Radio were considered the primary…

Video Game Censorship: Indian Purview With millennium progressing into the second decade, the governments in all the countries have brought Interactive Video Game Industry under its radar to restrict the…