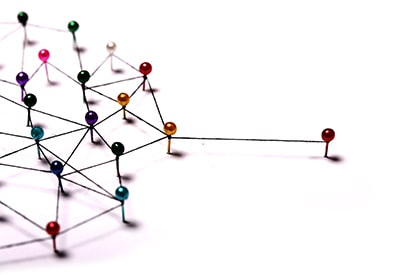 Though it is noteworthy that public procurement is a national activity, it is keenly gauged by international bodies like World Bank, World Trade Organization (WTO) that approximates the contribution of public procurement in GDP up to 10 to 15% signalling public procurement is as significant in middle-income and poor countries as it is in high-income ones. Saudi Arabia’s GDP growth is projected to slowdown in 2019 by 0.8% due to cut in oil production and worsening global outlook as suggested by the International Monetary Fund. The Cabinet has launched certain policy initiatives aimed to improve the infrastructure in Saudi Arabia with the goal of diversifying the economy and boosting foreign investment.

The new law comprises of nearly 99 articles and would replace the previous legislation on the subject that was in force since 2006. The primary aim of this procurement law is to streamline the procedure pertaining to tenders and procurements that shall be followed by the government or public sector entities with transparency and fairness thereby achieving economic efficiency and aiding the progress of the country. The new law is also consistent with the aims and objectives and action agenda as laid down in Saudi Vision 2030.

To better understand why the new law on public procurement law is a significant improvement over the previous law, it would be better to have a bird’s eye view of the old law. The old law on government tender and procurement law has the following features:

I. Applicable to all government entities eg. ministries, departments and public bodies with a corporate personality.

II. It voids any inconsistent contractual terms in the execution of government projects such as:

III. Ministry of Finance to draft template of the standard form of contract such as Public Works Contract and release it after approval from the Council of Ministers.

IV. Any departure from the standard form of contract can be made only by the government entities but after exemption granted from Royal Court.

V. The dispute resolution in case of government project was to be referred to the Board of Grievances that functions under the Saudi Court.

Therefore, the old government tender and procurement law (the GTPL) consisted of a stringent legal obligations pertaining to public tendering and procurement and rights and duties of contractors appointed for the government projects.

The new GTPL is progression or advancement over the old GTPL; the new GTPL has following provisions which makes it distinct from the previous regime:

I. Pre-Qualification and Post-Quali_cation Assessment of the Bidders

The public sector entities can assess the aptness of interested bidders before even the tender is advertised thereby allows bidders to present their capabilities and efficacy. Also, if the potential bidders don’t pre qualify, they would not be invited to participate to submit the bid for any government tender. Hence, it would be crucial for the interested bidders to review the legal policies and documents so as to be fit for the successful participation in the tender procedure.

Post-qualification assessment shall occur once the best bid for the tender is selected or shortlisted and before the contract is awarded. This is provided to assure the public sector entity that the successful bidder would efficaciously execute the contract without any issue/controversy at a later stage.

The new law waives the requirement of performance bond when there is direct purchase i.e. government to government or not for profit category of contracts. Also, the preliminary bank guarantee is waived for the small and medium enterprises (SME) who take part in the bidding/- tender process, and an undertaking to procure a guarantee when contract is awarded wouldsuffice.

Moreover, for works under 100,000 Saudi Riyals or contracts of government-owned entities shall not require performance bonds. The requirement of performance bond requirements can be adhered with partial delivery of the goods equivalent to the contract value.

Advance payments could be made while the performance bond is already lodged.

The new GTPL provides for an option of arbitration as mode of dispute resolution but after approval on a case-by-case basis.

The new GTPL has one of the objectives of increasing transparency in government procurement, but more clarity on such provision shall come when with Implementing Regulations that may guide as to how to deal with integrity and resolve the conflict of interest situations.

There is introduction of provision of Reverse E-Bidding by logging onto E-Portal, the bidders may submit lower bids vis-a-vis to the winning bid that has been selected from the tender process.

This provision shall be applicable for innovative ideas with respect to virtual, design and creative projects of the government entities. But the catch is the contract shall be awarded to the bidder if they compete in ideas contest and prove their ideas as innovative, cost-effective and with a winning streak.

The GTPL require government entities to undertake pre-RFP to plan expenditure at commencement of each financial year. Therefore, a tender shall be decided to be cancelled in case all bids are higher than the approved budget of the government entity. But for guidance and transparency, the government companies need to publish their procurement plans at the beginning of each fiscal year. 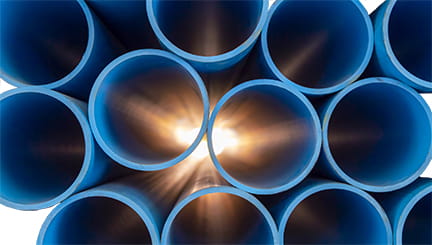 Having discussed salient features of the new law above, though the law is a progression in line with the international standards as suggested by World Bank, World Trade Organization and other bodies yet the provisions may have an uneven impact on the bidders. As pre-bidding evaluation and scrutiny shall be conducted and in case the bidder is not found appropriate and the result become public, this may impact the reputation of the firm anywhere else in the market. But what happens more to the new GTPL remains to be seen as to clarity and elaboration that the subsequent Implementing Regulations shall reveal. But one thing is for sure, that as Saudi Arabia will chair the G-20 in 2020 which is a group 20 most advanced economies in the world, such policy measure shall increase its global profile to stimulate progress in the realm of structural reforms.