With the treatment of migrant workers in Qatar hitting the headlines on a regular basis at present, labor laws throughout the Middle East have been placed under the microscope. The subject of “labor law” in the UAE alone is itself a vast topic, as the relevant legislation is not contained within one statute but a collection of applicable laws, provisions and amendments. In later issues Court Uncourt we shall explore a selection of rights and duties afforded to employers and employees, but for the purpose of this article we shall focus on one particular area – namely the end of an employee’s employment.

In the fast-paced commercial environment of Dubai and in the wider world of employment opportunities it is a fact of modern life that people move to new jobs more frequently than ever before. Whether we leave in pursuit of a more suitable employment opportunity or are shown the door due to “fatal incompatibility” with our company, the professional climate is such that we would be wise to take note of our legal rights and obligations upon vacating a position.

Evidently the constitutive document governing our employment will be our labor contract. This may contain a variety of terms and conditions as collaborated by our employer. However the diligent employee will bear in mind that the provisions of his labor contract cannot override the law, and will therefore take care to ensure that each provision is compliant with the relevant legislation before signing the document. If the law is silent with regards to any specific point then the terms of the labor contract shall prevail, thus an employer and employee should make sure that they negotiate any such specifics so as to protect their respective positions in the event of any future disputes.

The legal provisions relevant to an employee leaving his position can be found in Federal Law number 8 of 1980 (the Labor Code). Article 113 outlines the various circumstances under which an employer and employee may part company – namely on the expiration of the contractual period, on mutual consent of both parties (provided that the employee’s consent is given in writing) or, if the contract is unlimited, at the option of either party so long as the provisions of the Labor Code are upheld. Article 114 goes on to specify that a labor contract will not terminate on the death of the employer unless the subject of the contract is related to him in person. However the contact shall terminate immediately upon the death of the employee - perhaps an unnecessary provision, as even the most unreasonable of employers would surely not insist on specific performance should the employee have passed away! If an employee was to become incapacitated to the extent that he was completely incapable of performing his duties as confirmed by a report from the State Medical Authority the contract shall also terminate, however partial incapacitation shall necessitate the employer moving the employee to a position suited to his capabilities.

It may initially seem as though the employee enjoys a relatively well-protected position. Article 113 would imply that an employee on a limited contract cannot be removed from his position during the contractual period by the exclusive option of the employer, and would need to give written consent should the premature termination of the contract be agreed. So what is to stop such an employee from turning up late to work every day, neglecting his duties and sleeping at his desk, given the protection afforded to him by law? Article 120 prescribes 10 circumstances under which an employer may dismiss an employee immediately and without notice, including an event in which the employee persistently fails to perform his basic contractual duties. A thorough analysis of this Article may leave the reader with the opinion that the circumstances are somewhat ambiguous, thus meaning that the worker is not as well-protected as we initially thought. However an employee on a limited contract can at least rest assured that as per Article 115 he is entitled to compensation should the contract terminate early through mutual agreement and for reasons other than those stipulated in Article 120.

Other than in the scenarios as outlined above an employee will generally be obliged to serve a notice period before vacating his position. This is the case whether his departure is voluntary or further to his compulsory dismissal. The amount of notice required shall depend upon the type of contract and length of service, as per Article 117 and 118. Any form of animosity between the parties may result in the notice period being an uncomfortable time, yet the worker’s spirits will undoubtedly be lifted by the fact that he is likely to be entitled to end of service gratuity pay on his final departure.

In accordance with  Article 132 of the Labor Code each worker who has completed one or more years  of continuous service shall be entitled to end of service gratuity, although it should be noted that any day on which the worker was absent from work will not be included in the calculation of the service period. The payment awarded to the worker shall depend upon the length of his service, with the entitlement being 21 days of salary for each year served up to a period of 5 years, and 30 days annual salary for each year served thereafter. However this is qualified by the restriction that the total payment does not exceed an amount equivalent to two years of his salary. The worker shall be entitled to this remuneration in respect of fractions of the year payable pro rata for the time actually worked. The worker’s basic salary entitlement is therefore an obvious starting point in the calculation of end of service gratuity. The figure used shall be his last basic wage – namely his salary less any allowances or benefits in kind such as housing, overtime, child education, transport or travel – as per Article 134.

The fact that a worker is entitled to gratuitous payments on leaving his position simply as recognition for his services puts employees in the UAE in a favourable position. However the turnover of staff in Dubai in particular is high and the guarantee of end of service gratuity may therefore be considered to dissuade workers from remaining loyal to their employer. The commitment of employees is therefore often an issue, and as such the Labor Code makes provisions to discourage workers on unlimited employment contracts from leaving a position after only a short period of service, and limits their end of service gratuity accordingly. Again, a worker on an unlimited contract is required to complete one year of continuous service before his entitlement to any gratuity kicks in, but Article 137 provides that full entitlement will only commence after the worker has retained his position for five years. Any period of service ranging from three to five years will afford him two thirds of the entitlement defined under Article 132, with one third being payable if he has served one to three years. 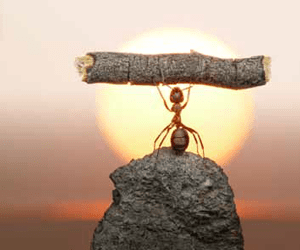 It should also be noted that under Article 138 any worker on a fixed-term contract leaving his employment of his own volition before the contractual period expires shall forgo all entitlement to end of service gratuity unless his period of service exceeds five years.

The deductions discussed thus far have one major factor in common, namely that they are all a direct result of the worker’s voluntary and liability-free departure. However provisions giving the employer the right to deduct or even deny the employee end of gratuity service in certain circumstances are also in place. Article 135 provides that an employer has the right to deduct from an employee’s end of service gratuity any amount due to him, however the Labor Code does not go so far as to specify qualifying debts or entitlements. Although we may reasonably consider any loans or advance salary payments afforded to the employee as permissible subtractions, most employees questioning the validity of such deductions will have no option other than to seek recourse via the Labor Courts.

The Labor Code additionally takes into account circumstances in which the worker’s resignation from his position is voluntary, but is due to the fact that his termination was inevitable had he not resigned. If an employee is found to have breached the law by falling foul of any of the provisions laid out in Article 120, realizes that his termination is therefore imminent and resigns accordingly he shall not be entitled to any end of service gratuity pay, regardless of his length of service at the time of the violation. Evidently he shall also forgo entitlement should his employment be terminated pursuant to the same Article. Gratuity may also be withheld in the event that the worker resigns from his position and leaves without serving the required notice period, save for if his departure is the result of any occasion outlines in Article 121.

This Article has thus far presumed that an out-going employee is in such a situation that he will be taking up alternative employment. Yet what if a worker is resigning from his position because he is of retirement age? In the UAE there is no mandatory provision requiring an employer to establish a pension, security or retirement scheme, yet several employers will entitle employees to such an option. In the event that the employee is entitled to a like benefit he shall have a choice upon leaving his position: he can either accept his gratuity pay or withdraw the funds accrued in the relevant benefit scheme in keeping with Article 141. The Labor Code does not offer any opportunity for the employee to claim both.

It would seem thus far that in reality the employer and employee enjoy a reasonable balance of rights and entitlements, at least where the end of employment is concerned. Despite the current media-fuelled controversy surrounding the rights of expat workers in the Middle East the Labor Code takes care to ensure that employees in the UAE are generally well-protected so long as they abide by the law and perform their contractual duties accordingly. Likewise the employer may rest assured that the law does not afford the employee any unreasonable advantages to the detriment of the company. Of course, the Labor Code is probably not the most comforting of thoughts after a long and stressful week in the office, but perhaps our favourable position is something we should take into consideration before complaining…