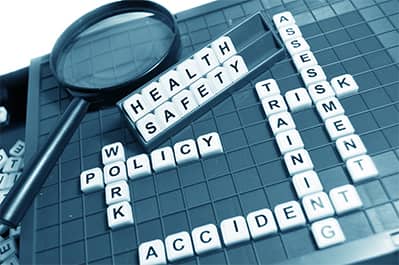 Power and energy supply is the backbone of every economy of this world. Despite the leaps made in technological advancement to cater to the ever-growing demand of power with the exponential increase of human population, we are falling short of the power supply. To provide an adequate amount of power, man has employed various resources from non-renewable to renewable, yet an equilibrium between demand and supply seems far-fetched.  Most of the power today is derived from thermal plants which use coal as a primary resource. The recent years have witnessed a shift to clean energy for power generation, i.e. nuclear energy as an alternative to the conventional sources.  However, power generation from nuclear reactors poses a more substantial threat of causing major mishaps and accidents which could potentially damage property, cause personal injury, and damage the environment on a magnanimous scale. The potential underlying risk has thrown a significantly challenging question before the political heads of the world – who will be liable for the damage caused by such a nuclear incident? Several nations have addressed the concept of nuclear liability insurance and compensatory claims made by the injured parties through legally binding international conventions or/and national laws which have been analyzed in great length in this paper.

The insurers found it challenging to resolve the problem of figuring out how to provide cover for the nuclear industry. To them the apparent catastrophic risk posed a high level of uncertainty, in addition to the multiple individual claims, should the nuclear accident occur, resulting in an objectionable accumulation and an undesirable exposure to insurers' solvency margins. On one hand, in essence, it was  clear that no individual insurer could cover the risk alone; and on the other hand it was obvious  that since nuclear power is required to meet the world's energy demands and that in order for it to continue doing so, individual operator liability had to be curtailed or capped to an absolute upper limit beyond which the risk needed to have consorted. The state would have to step in and accept responsibility as insurer of last resort, as with everything else in industrial societies.

While structuring insurance for nuclear reactors, the only factor which ought to be considered is the high potential perils associated with installation and operations of nuclear fission and fusion; this drastically differs from the risk associated to that of other industries of global sectors. The fundamentals of any nuclear liability insurance are:

A. Channeling of liability on the operators: The nuclear operators are liable for all damages caused by a nuclear incident notwithstanding fault liability.

B. Trans-border nationality: A nuclear energy disaster affects not only the country in which it is located but the surrounding states as well. Hence, national laws are augmented with international conventions which are needed to defend the cross-border inflictions of such disasters.

C. Limited liability: Limited civil liability concept has been incorporated by the international conventions on the basis which the national laws have been formulated, putting a maximum cap limit on the nuclear operators, beyond which the state will take up the liability.

(Detailed explanation is provided in the latter part of this article)

Due to such high-risk and strict liability, the nuclear operators opt for third-party civil liability insurance which finds its root in either of the two forms:

To cover the potential liability of the nuclear industry, many insurers agreed to pool in their resources for the associated high-potential risks. A pool is where a group of insurance companies jointly participate to a fixed percentage in the insurance of a particular risk or class of business. These are created in the circumstances involving risks which, in practicality, cannot be provided by any individual insurer on a stand-alone basis. In most countries, national insurance pools have been formed based on the requirements laid down by the federal laws (based on international conventions), pooling together insurance for the domestic nuclear operators.

B. Mutual Insurance Associations:  USA (the Nuclear Electric Insurance Limited) and Europe (the European Mutual Insurance for Nuclear Installations) have insurance associations which deal with the physical damage and liability in the event of a nuclear accident which is set up by the nuclear industry itself. 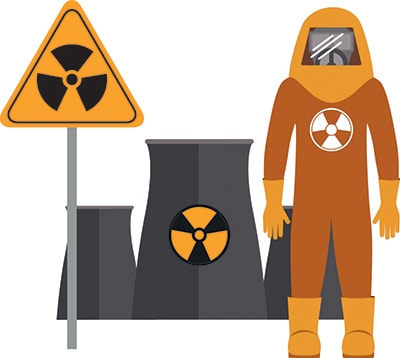 In recognition of this exposure caused by nuclear accidents, international conventions and nuclear liability insurance were formulated in the light of the seven fundamental principles:

B. Channeling liability to the operator (Exclusive liability):

All liability arising from the damage caused by a nuclear accident is channeled to the operator, thereby protecting the rights of the public. The operator is exclusively liable for damage resulting from a nuclear incident. He is held liable to the exclusion of any other person and regardless of who caused the damage. Hence, the damage is charged to the operator himself and not the suppliers. The channeling of liability might seem unfair as it means that the operator could be liable even if a third party were negligent or at fault. The victim of a nuclear incident can only present his claim to the operator of the installation causing damage or his insurer. Furthermore, such exclusive liability brings certainty in insurance claims as the compensation settlements would be quick and avoid costly and time-consuming claim procedures. Had the situation been otherwise, then insurers would have to hold separate pools or covers for every party involved in the nuclear reactor chain.

C. Limitation of liability in Time:

This is an important concept because the injury caused by a nuclear incident may not manifest for several years. Ergo, a limitation period is intended to help the claimant where the consequences may not reveal for several years; thereby not divulging them of their right to seek damage, and at the same time it protects the rights of the operators and insurers by not exposing them of liability for an indefinite period.  For example, in the UK, the Nuclear Installations Act 1965 states that any claim made after 10 years (from the date of occurrence of the nuclear incident) but less than 30 years, will be made directly to the Government instead of the insurer or the operator.

D. Limitation of Liability in Time:

E. Insurance or other financial security: 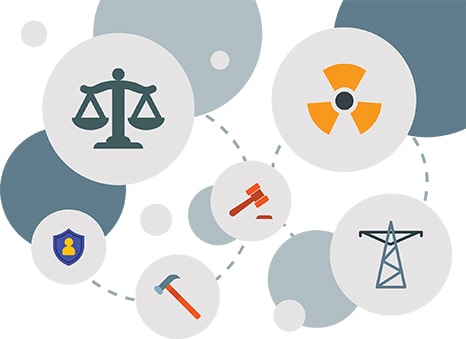 Operators are obligated to carry financial security to cover their potential liability amount in the event of a nuclear incident. Usually, insurance pools tend to third-party claims. However, in certain situations, operators take the liability on themselves and cover the same by providing financial security in the form of government guarantees, bank guarantees, letters of credit, mutual fund, operators’ pooling etc.

Jurisdiction over claim actions lies exclusively with the courts of the country where the nuclear incident occurred. The courts of other contracting states will not be competent to hear the claims. Judgments made by the competent court will be recognized and enforced in other contracting countries. This principle is only useful when many states have ratified either the same convention or a bridging convention. Victims may, on first impressions, see it as an advantage to be entitled to sue all possible parties in different courts for nuclear damage. However, it is pertinent in the victims' best interest to disburse compensation equitably.

The applicable law is the national law of the competent court that has jurisdiction. The federal law must also be applied without discrimination on the grounds of nationality, domicile, and residence. The applicable law principle helps prevent costly and lengthy arguments about which law applies, especially with regard to the complexities of the national and international rules surrounding the conflict of laws.