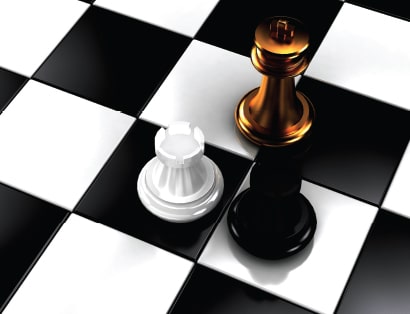 Henry David Thoreau said, “the world is a canvas to the imagination.” This is very accurate as ideas are the foundation of any success, business, or personal. Depending on the effort put and the extensive research into the innovation, it is safe to say that innovations are a major factor that distinguishes businesses from their competitors. The person who invents anything must be given protection for his/her innovation as it is somewhat like owning a property of their own. This is what is commonly referred to as Intellectual Property (IP). Common examples of IP are copyrights (for published or written books – movies), patents (for commercial inventions), trademarks, and so on. From a business perspective, companies have to consider early on how to protect their IP, therein conserving their innovation. A patent gives rights exclusively to any innovation or product in the relevant jurisdiction. Different jurisdictions have different rules and regulations in relation to owning IP. This article will compare the United Arab Emirates (UAE) law on joint ownership on IP to the United States law together with the United Kingdom (UK) Law and further evaluating the advantages and disadvantages in each jurisdiction.

Joint Ownership of Intellectual Property in the UAE:

IP in general in the UAE is governed by Patents and Industrial Design Law Number (44) of 1992, Trademarks Law Number (37) of 1992, Copyright and Neighboring Rights Law Number (40) of 1992. Patents in the UAE are protected in two ways generally – by registering with Intellectual Property Protection Department (IPPD) under the Ministry of Economy and through the GCC (Gulf Co-operation Council) patent office in Riyadh, Saudi Arabia.

It is often seen that IP is a product of startup businesses. These businesses are jointly owned generally for obvious reasons such as more capital, less responsibility, and easy flexibility. In the UAE, this is seen as a huge plus point as the concept of joint ownership enables international companies to establish themselves in the country. Furthermore, Federal Law Number (2) of 2015 issued on 1 April 2015 concerning Commercial Companies states that expatriates are not allowed to own more than 49 per cent of a limited liability company outside the permitted free zones (Article 151). Thus, joint ownership is considered a fair and accessible solution, especially from an international business perspective as UAE is one of the most attractive cities for business, internationally.

Although joint ownership of IP sounds enticing, there are potential risks involved in this as the parties involved would have to make collective decisions on any or all the rights of the IP. It is very feasible for one party to exploit the rights and ownership of IP. Therefore, it is paramount to ensure that the initial contract is formed impartially for the benefit of all parties. Furthermore, in essence, the stages of patenting are extremely challenging on its own as the need of each business is unique. One of the riskiest aspects of owning IP jointly, from a legal perspective, is that in the UAE, as well as the majority of jurisdictions, it is required for the joint owners to both be plaintiffs. This concept, in itself automatically deems the patent void.

Joint Ownership of Intellectual Property in the US:

World Trade Organization insists that countries include and pass legislation protecting IP parallelly to their local laws. Thus, this leads to some similarities in IP protection and rights across the world. In the US, patents are dealt with by the American Invents Act (IAI), which allows a one-year grace period to register the patent. Contrary to this, the UAE allows only a three-month period for the patent to be registered.

Another benefit for IP in the States is that the law allows joint owners of the patent to exploit and utilize it without consent of one of the parties. However, the risk involved here is that if the patent were disputed and lead to litigation it would have the same complications as the UAE. In the case of Goodman v Lee (78 F.3d 1007, 1012 (5th Cir. 1996)), it was decided that each co-owner could independently exploit the profits, but must account such profits to the co-owners and that each co-owner could enforce without the consent of the co-owners.

Applying for a patent is proved to be costly, exhausting, and complicated in almost all jurisdictions. As an example, companies have different forms of IPs, and each IP consists of different rules and regulations, thus adding to the complexity of the issue. It is vital to take away that though both the US and the UAE have different rules and regulations governing IP in the respective countries, they also do possess similar advantages and disadvantages.

Joint Ownership of Intellectual Property in the United Kingdom (UK)

With regards to the UK, IP rights are governed by both national as well as EU regulations. The Co-operation Treaty and the Patents Act 1977 (PCT), governs these rights accordingly. The UK still remains part of the European Union; it is still unclear how the law will change post-Brexit.

As with the States, in the UK as well one party jointly owning IP with the other can exploit it without the other party's consent. Moreover, as for enforcement actions, it is similar to both the US and the UK. Most legal practitioners agree that cases should be dealt with through out of court settlements as litigation is always considered as a last resort. In the case of Murray v Yorkshire Fund Managers Ltd (1998, Court of Appeal, 1 WLR 951), it was decided that, in the absence of contractual relationship, a co-owner of certain confidential information could not prevent any other co-owner from exploiting or using the confidential information.

As discussed above, the variation of the different pieces of legislation and rules governing IP rights in different jurisdictions is slim to none. However, the complications vary and sometimes are intertwined within these jurisdictions. For instance, there exists within the IP ownership agreements, clauses concerning jurisdiction which is a potentially problematic area. This is because if different patents are filed for the same single joint ownership in multiple jurisdictions its uncertainty and complexity increase. It could lead to litigation increasing costs and exhausting resources as well as jurisdiction wars. Therefore, if the companies perceive the risk of single joint ownership to be prevailing significantly, they should consider alternative solutions.

Some suggestions of alternative solutions a company could adopt are enlisted below: 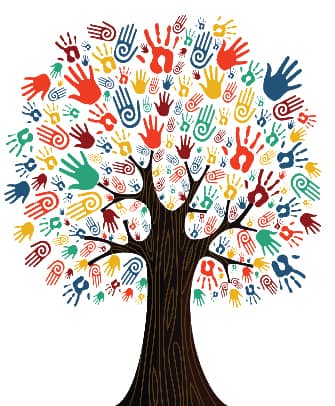