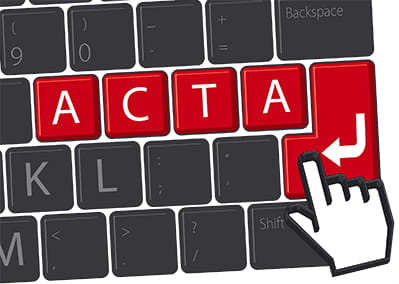 Signed in 2011 (although not yet implemented), the Anti-Counterfeiting Trade Agreement (ACTA) represents the combined efforts made by the US, Canada, the EU, Switzerland, Australia, New Zealand, Japan, and South Korea to reform global Intellectual Property (IP) enforcement standards. The Agreement was established to redirect international intellectual property laws away from multilateral forums and towards regional conferences. Under the ACTA, national enforcement bodies are allocated greater powers to criminalize IP violations (specifically pertaining to trademark counterfeiting and copyright piracy). If implemented, the ACTA will modify digital liberties on a trans-global level.

According to its founding parties, the ACTA serves as an extension to the World Trade Organization’s Trade-Related Aspects of Intellectual Property Agreement (TRIPS). This development encompasses implementing heightened enforcement of IP on the online platform. The Agreement has yet to be enacted as three predominant issues arguably threaten consumer privacy. Currently, the negotiated document is controversial because

As previously stated, the ACTA was designed to act as a supplement to TRIPS. Therefore, Article 1 of the 2010 Agreement stresses that no provision of ACTA is to contradict a Member States’ obligations under TRIPS. The Anti-Counterfeiting Trade Agreement consists of six chapters. Under the Agreement, minimum IP enforcement standards for copyright piracy and trademark counterfeiting are set. Member States will have the choice to carry out greater levels of enforcement than those provided in the Agreement. Per Article 2 of ACTA, Part 1 of the TRIPS Agreement (purpose and objectives) is applicable. According to Article 7 of TRIPS, the aim is to protect and enforce intellectual property rights so that Members can “contribute to the promotion of technological innovation and to the transfer and dissemination of technology, to the mutual advantage of producers and users of technological knowledge and in a manner conducive to social and economic welfare….”

Although the ACTA creates IP enforcement standards for countering piracy and counterfeiting, Member States are not obligated to apply Agreement regulations, when doing so, would force states to establish intellectual property rights not protected under domestic legislation. A Party is also not mandated to disclose confidential information that would negate the duties of law enforcement or distort public or private commercial interests. The general obligations of a Member Party under ACTA include:

Concerned with ensuring justice and fairness, every ratifying state must permit intellectual property holders the right to pursue a civil judicial proceeding. Article 8 (2) allows a Member State to “limit the remedies available against use by governments…without authorization of the right holder….” This condition is only authorized as long as Part Two of the TRIPS Agreement is observed (concerning the availability, scope, and use of IP).

Article 9 of ACTA allows state judicial institutions to hold an offender liable to “damages adequate to compensate for the injury the right holder has suffered as a result of the infringement.” Such damages could include lost profit and the sum of encroached services. Regarding copyright infringement, Parties are required to provide a scheme for “pre-established damages, or presumptions for determining the amount of damages sufficient to compensate the right holder or the harm caused by the infringement, or additional damages” (Article 9 (3)). Post-verdict, judicial entities may authorize the destruction of infringed IP products or services. The expense required to complete this order may be issued to the infringer. Further, members of a judiciary are sanctioned to grant precautionary measures to prevent further IP violations (which may resort in irreparable loss to the right holder) and retain evidence supporting a purported breach. 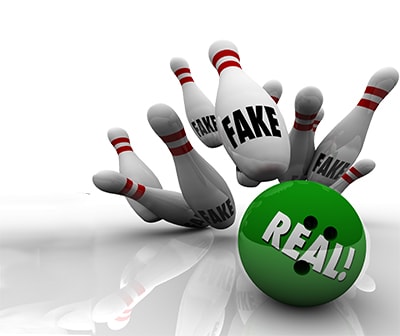 Beyond regulating IP in a traditional sense, ACTA obliges Parties to implement measures concerning the import and export of shipments. Article 16 of the Agreement permits customs authorities to “act upon their own initiative to suspend the release of suspect goods, and where appropriate, a right holder may request its competent authorities to suspend the release of suspect goods.” The same provision applies to goods-in-transit. Although the notion of permitting the confiscation of goods under the customs authority’s discretion may appear problematic, a suspension may only occur if there is sufficient reason to expect a holder’s rights have been infringed. Should a State have a reasonable expectation of an IP breach, an application (created by the rights holder) may be ordered to detain the suspect goods at national points of entry and exit. If apprehended goods are declared illicit, the counterfeited or pirated items must be “disposed of outside the channels of commerce in such a manner as to avoid any harm to the right holder” (Article 20 (1)). In other words, the act of confiscation alone is not a sufficient remedy.

When there is sufficient reason to believe a holder’s IP rights have been infringed, Member Parties are authorized to supply disclosure of information to the right holder. Under Article 22,

Criminal procedures will ensue for infringements surrounding trademark counterfeiting or piracy of a commercial scale (including deliberate importation of such products). Further, the “unauthorized copying of cinematographic works from a motion performance” will be criminally punishable by the Member States. All violations considered criminal offenses will be subject to imprisonment and monetary fine (per Member State adoption).

Despite a lack of transparency is a predominant reason why negotiating states have not ratified the Agreement, Article 30 discusses the promotion of transparency. Each State is to enhance public awareness by publishing information regarding:

For ACTA to fulfill its principal objective, international cooperation between Member Parties is critical. Therefore, no prejudice should be attributed to the origin of the goods nor the right holder’s nationality. Collaboration is called to be “consistent with relevant international agreements, and subject to the laws, policies, resource allocation, and law enforcement priorities of each Party” (Article 33 (3)). Member States are required to exchange information regarding reinforcement practices and legislative measures to enforce protection. If Members are asked by another party to provide aid in capacity building or technical assistance, the Party served with the request should offer support. 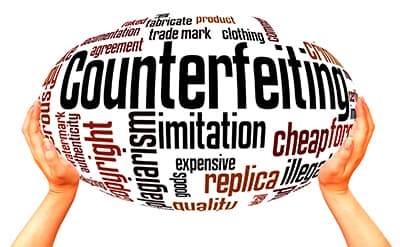 As previously asserted, ACTA has yet to be enacted due to apprehension encompassing the infringement of individual freedoms. Historically, there have been few instances where a proposed international agreement has received this magnitude of disapproval. The projected opposition has not stemmed from a disagreement that trademark counterfeiting and copyright piracy should not be strictly penalized, nor that an international agreement would not bolster protection of intellectual property rights. Instead, declining signatory countries have condemned the treaty’s content because of procedural measures. It has been argued that the negotiations, which abandoned the democratic process, fashioned an agreement afflicted by elusiveness. The European Commission, European Court of Justice, and the European Union have all expressed grave concern surrounding the vagueness of ACTA enforcement policy. Lack of precision can result in legal uncertainty as to how provisions are to be interpreted, which can, in turn, threaten digital freedom and internet neutrality, and grant an unjustifiable degree of power to IP rights holders. The projected ACTA committee has also triggered resistance. This committee, which is tasked with ensuring signatory parties adhere to ACTA standards, is authorized to find working groups to aid in the fulfillment of its duties. Opponents of ACTA fear that special interest groups and IP lobbies will have significant and detrimental influence over the delegated committees. Protest against ACTA has not been limited to governing bodies, but has also included the public petition. February 11, 2012, millions of individuals around the globe assembled to take part in ACTA international protest day. Despite overwhelming dissension by major European authorities, ACTA still can be enacted if five of its signatory countries ratify the agreement.

Trade Dress Protection The expansion of international trade and an increase in foreign direct investment is likely to have contributed to the conflict of trademark laws between foreign countries. More…