What is a Personal Injury? 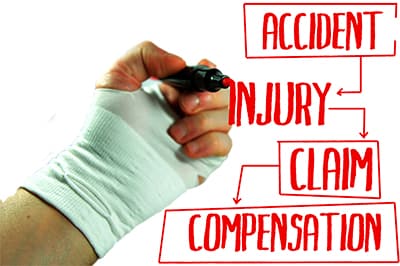 Personal Injury, a broad term, involves an injury that is sustained physically, emotionally or mentally by a person as a result of the negligent or intentional actions of another person, including a business entity. The victim is entitled to claim damages where he/she has suffered a personal injury due to the other party’s conduct which is negligent, careless or intentional misconduct. For instance, the driver of a taxi runs a stop sign and collides with another car; the driver will be legally responsible to pay compensation for any injuries that arise from the accident. A claim for psychological harm can also be made, even if it is not associated with any physical injury, though there are a strict set of rules which define the circumstances under which such claim can be succeeded.

The underlying principle behind personal injury claims is that where the damage is caused to you by the misconduct, negligence or carelessness of another, you are entitled to receive compensation from the person responsible for the loss suffered by you.

Depending upon the type of accident and the extent of injuries suffered, many types of personal injury cases can be brought to a Court. It is a civil action, where if the party is found to be legally at fault for causing the injury, he or the entity is responsible to pay damages as a remedy. In the case of criminal liability, the party liable will be subject to sanctions like fines, imprisonment, and community service when prosecuted and found guilty in the criminal court.

Personal injury is related to tortious liability and in most cases are governed by the law of negligence, which dictates a reasonable standard of care owed between parties and liability when the breach of the reasonable care by one party results in the injury of the other. It also involves cases where a person is, for example, injured by a defective product. In such situations, it is not necessary to establish carelessness or negligence, since in cases of product defect, the legal concept of strict liability applies.

The amount of compensation that can be recovered will depend upon the nature of the injury and the consequent costs and losses. The damage must be a recognizable one and must entail a clear chain of action leading to the pain and suffering of the claimant. This is not always a simple task since there can be pre-existing medical conditions or multiple potential causes to the injury. As a result, expert medical evidence is often called in to address these issues. 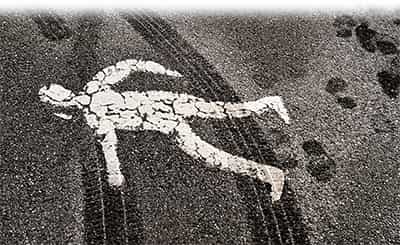 The late Stella Liebeck, then 79 years old, had purchased a cup of McDonald’s coffee which she accidentally spilled, pouring scalding hot coffee on her. As a result, she suffered third-degree burns on over 16 percent of her body, which led to 8 days of hospitalization, whirlpool treatments for the debridement of her wounds, skin grafting, disability, and scarring for more than two years. When McDonald’s shut down her attempts for an out of court settlement, she decided to sue them for gross negligence. The jury found 20% of fault on Liebeck and the remaining 80% on McDonald’s. Liebeck was awarded compensatory damages of $160,000, and $2.7 million as punitive damages for McDonald’s misconduct. The punitive damages were further reduced to $480,000 by the trial judge. However, the parties subsequently agreed to enter in a post-verdict settlement, where Liebeck received a total of $600,000 as damages.

As seen above, most of Liebeck’s award composed of punitive damages rather than compensatory. This represents a class of lawsuits where a compensation culture has developed in many developed countries. However, this clogs their legal systems and can drastically damage private companies and their insurers.

Personal Injury Under the Dubai Courts

Along with the example seen above, there is also another scenario where a person grievously injured is unable to prove the other party’s negligence in the court, and as a result, receives nothing from the legal process.

This is the reason why Dubai adopted a different approach to personal injury cases and its compensations:

The injured party has recourse to take legal action and sue the negligent party, but the scale for such compensation shall be set by the courts to avoid huge awards similar to the McDonald’s case.

Compensation for injury, physical or psychological, is usually limited to an amount equal to two years’ pay but can also include the cost of future case and loss of earnings.

The UAE also contains a no-fault scheme of compensation for those who, though injured, is unable to prove negligence of the other party. This ensures that the party will get some compensation (a maximum amount of AED 35,000) for significant injuries, even if no one is at fault.

It lays down the basis of responsibility for personal injury claims. In the words of the provision, if any person comes to harm, the doer, even one who lacks discretion, is liable to make good the harm.

The term “harm” is a general term and connotes several actions like the unlawful act, harmful act, act contrary to the law, or an act prohibited under the law. It is the discretion of the judge to decide where the action amounts to harm or not; however, the standard of care dictates that there is an obligation to not cause harm, requiring the party to exercise reasonable care of a prudent man.

Though the judge has a wide discretion to determine whether certain actions amount to harm, the burden of proof falls on the claimant. To be more specific, under Article 282, for the court to recognize an act as harmful, the following elements are to be proven by the claimant:

Article 292 specifies the method of calculating the indemnity (damages), which shall be assessed in accordance to the amount of harm the claimant suffered along with the loss of profit, provided the loss of profit forms a natural result of the act.

The provision, however, fails to provide actual guidance for the Courts in determining the number of damages to be awarded, entailing considerable discretion upon the judge to decide the quantum of damages. This has been reaffirmed by the Court of Cassation who also stated that the Court is not necessitated to follow a mathematical mechanism in assessing the quantum of damages.

Further, under Article 389, it is provided that if the amount of compensation is not fixed under a provision of law or contract, the judge shall compute the damages in an amount which equals the harm suffered at the time of the occurrence. It can be concluded that with regard to the quantum of damages, the court has an effective unfettered discretion in deciding the amount to be awarded to the claimant.

Under Article 293, moral harm is included within the ambit of harm and the subsequent right to indemnity. Article 293 is important in regard to the claim for compensations for personal injury. The Article also extends the right to claim damages for moral harm caused to the family by reason of the death of the victim.

The Article also places a limitation on transferring the right to receive compensation for moral harm to a third party, until such amount has been computed by an agreement or a final judicial order.

The provisions under this Article can be utilized by the claimant to argue that he/she ought to receive compensation for his/her injuries, the consequent loss of profit, as well as for the moral harm suffered by the claimant (including any infringement on the claimant’s dignity or honor).

I.  Physical and Material Damages

A claim for both Physical and Material Damages can be awarded by the Dubai Courts. In the context of medical injuries, physical damages are expressed as “bodily injury” under the UAE laws. It is broadly defined as anything which affects the health of a human being. Material damages, on the other hand, is the loss suffered by the claimant resulting from bodily injury. Although physical and material damages are connected, they are regarded as separate in matters of compensation. If the claimant is able to prove physical damage, he can be compensated even if he is unable to provide sufficient evidence for material damages sustained. The right to protect one’s bodily integrity has been accepted and protected per se by many jurisdictions under the UAE law as a fundamental and inalienable right.

As seen above, under Article 293 of the Civil Code, moral harm is also included within the ambit of personal injury. Moral harm includes infringement of liberty, honor, dignity, reputation, financial credit, or social standing of an another. Moral damages can be awarded for any harm causing psychological pain or affecting the dignity or honor including loss of financial standing.

III. Damages for Loss of Earnings

Article 292, as stated above, recognizes the loss of profit as a part of damages. However, it also provides that for the court to compute loss of profit as part of the damages, it needs to follow as a natural result of the harm suffered and is justified.

IV. Damages for Loss of Opportunity

There are no legal provisions granting compensation for future damages, and it cannot be awarded unless the claimant proves that these are definite expenses which will be incurred, that is, it won’t be awarded on a mere probability. It can be claimed in situations where the claimant can prove that he has to undergo certain medical treatment in the future as a result of the injuries. However, the claimant can institute a new cause of action for a loss which occurs at a point in the future.

Method of Assessment of Quantum of Damages 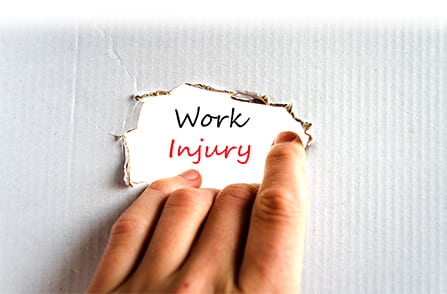 The damages are calculated on the basis of the direct or indirect connection between the act complained of and the injury caused to the claimant. As already seen above, Article 292 and 289 offers wide discretion to the Dubai Courts in computing the quantum of damages. Unlike the courts within the UK or USA, Dubai Courts do not undertake a forensic approach in calculating damages. The Courts only need to show that all heads of the claim have been addressed while calculating the damages and are not required to follow any particular method of calculation or provide a breakdown of the award.

While calculating the damages, the Court generally takes the following factors and the like into consideration: