Overview: Economic and Fraud Provisions in the Middle East

Economic and Fraud Provisions in the Middle East

“There is one and only one social responsibility of business – to use its resources and engage in activities designed to increase its profits so long as it stays within the rules of the game, which is to say, engages in open and free competition without deception or fraud.” 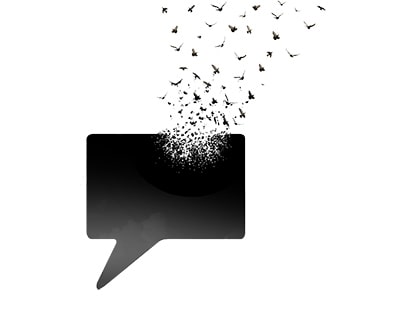 Economic fraud is a term that has been repeated over the years, so much so that the consequences it bears do not have any precedence or impact on the ones that hear it. For many companies and capitalist machinery, this term essentially triggers them to explore options to hide their fraudulent tracks and continue operating in the same manner. To have governments help them cover the tracks in certain jurisdictions ultimately defeats the purpose of the assignment.

Despite the incongruent activities of individuals, companies, and governments from the expected norm of justice in many jurisdictions, other countries are tenacious to implement a regulatory framework that will eradicate such fraudulent activities in the market. This article will discuss the economic and fraud provisions established in the Middle East, their effectiveness, and the scope of reach it possesses about financial crime.

What are the Economic and Fraud provisions in the Middle East?

If one area of the economy has seen a steady increase in the past years, it would be the economic fraud prevalent in society. Regardless of the number of provisions that jurisdictions and international organizations establish to combat financial fraud, none of them seems sufficient. The parties involved in economic fraud and other fraudulent practices are constantly evolving to cover their tracks efficiently.

Infamous scandals like Bernie Madoff and the Ponzi scheme leave one in absolute awe as it remains unclear, what is the culprit: the crime or the criminal? Many innocent parties, including employees and clients, were adversely affected by the ill-doings of these financial schemes. After the outburst of many scandals and its impact on many innocent individuals, jurisdictions are trying to fasten their pace to stay a step ahead of wrongdoers and hopefully eliminate the potential threats in the market.

The introduction of new anti-economic fraud regulations has paved the way for potential investors to feel a sense of security over their investments within the market, along with the ability of the regulations to enforce justice. Over time, people have understood that the formation and establishment of an anti-fraud legal framework are not sufficient to ensure peace and harmony in the market, an iron fist must be imposed on fraudulent parties and companies to deter them from doing such activities in the future and serving it as a lesson for other participants in the market who bear similar intentions.

The types of economic fraud can be quite varied and are spread across different industries and the scope of nature. These could include housing benefit fraud, tenancy fraud, council tax fraud, blue badge fraud, social care fraud, business rates fraud, insurance fraud, bribery, and money laundering. These are just a top layer of economic crimes prevalent in an ocean of fraudulent activities in the market. The crimes that are more coherent to the wrongdoings in the market include not declaring the business location, stating that a property is not in use while it is, dishonestly requesting for an exemption to pay for charges that are owed, or any unauthorized movement of money to make ill-gains.

Often, economic crime is caused not by companies but by customers towards companies. The highest reported crime boost in the Middle East is through customer fraud and procurement fraud, which have proved to be the most disruptive fraud within an economic crime. In a survey conducted on a global platform, the number of customer frauds was comparatively more in the Middle Eastern region.

In an ongoing effort to combat fraud together, many companies in the Middle East began investing in more stringent controls and implementation of the rules to avoid economic crime, while many others conducted a thorough examination into reasons after the occurrence of a crime in the company. Another issue that stands alongside customer fraud about its prominence is procurement fraud. This fraud entails the practice of favoring associates with vendor and supplier contracts.

All these efforts are measures taken to mitigate the risks involved and ensure that proper prevention is taken by instilling the right technology and talent to deviate from any fraudulent prone routes.

However, it is not easy to ensure that accountability will be maintained and transparent feedback is provided. Another limitation of this procedure is that advanced technologies to combat financial crime can be costly, which would further deplete if the company possesses insufficient resources to acquire and install the platform and is not equipped with properly trained employees to manage the technology. The lack of proper expertise to handle the in-place technology could attract various cyber threats, which allows a wrongdoer from any part of the world to infiltrate the company's system.

With this in mind, companies must equip themselves from the arsenal of defenses to protect themself and the financial and reputational facets of the company. The extent of damage that infiltration of the company's system can cause to the operations is quite unfathomable. It would be better for companies to leave their vault of secrets wide open than installing an IT platform that is managed poorly. The necessity of combating such insecurities is proliferating and must be countered at the earliest. One would like to believe that the efforts of the legal jurisdictions in the Middle East to battle economic crime are practical and promptly applied. However, many of the jurisdictions still fail to provide a proper implementation of the provisions established against economic crime. 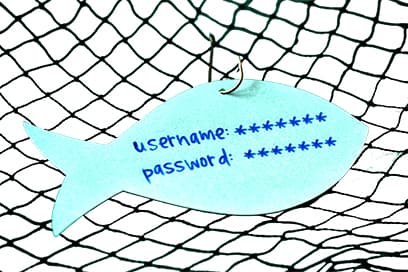 The readiness of companies in the Middle East to confront the indecisive nature of economic crime and report any issues as they arise is still moving at a stagnant rate. The stark increase in cyberattacks and its potential threats is not a mystery to the companies in these regions. Nevertheless, they decide against preparing themselves in defense of such risks and attacks. The firms in the region and the governmental organizations must understand the types of threats that could arise in the economy and the nature of such economic crimes. Although this would seem like an insignificant step, this particular action could help achieve a more profound revelation of the gaps and vulnerabilities of the economy and its protective framework.

Many would argue that the relationship of the Middle East with economic crime and fraud dates back ages. All the glitz and glamour and the boom of economies are incongruent with the fraudulent activities occurring within the firms and regions. A region's legal systems cannot enforce the regulatory frameworks established to fight against economic crime if the country's government does not implement the rulings.

Bounced Cheques no longer a Criminal Offense Post 2 January 2022 “The moment I write out a cheque, it’s an asset I have written off” – Shiv Nadar. The UAE…