“99% of everything done in the world, good or bad, is done to pay a mortgage. Perhaps the world would be a better place if everyone rented.”

Due to the primarily finance driven world we live in, debt is an inevitability of our economic system. There are several reasons for it, forms of it, and methods to pay it off or capitalize on it. Everything is connected to debt in some form or another. Credit cards are based on the objective of paying off the debt we owe to credit card companies after we’re done swiping. Jobs of any kind are accepted to be able to pay off our student loans. Houses are bought on a mortgage basis. Another form of debt or debt repayment is an aircraft mortgage transaction. Perhaps not the most common or well-known form of mortgage, nonetheless, it consists of its own complexities and intricacies when it comes to the legal framework surrounding it.

In the previous issue of Court Uncourt, we discussed the considerations that aircraft financiers [i] must deliberate upon while structuring an aircraft mortgage transaction, including ownership provisions, security package, choice of law, place of registration and legal implications. In the present issue, we detail the implications of aircraft mortgage within the context of English law.

Considering the application of the principle pacta sunt servanda (latin for agreements must be kept) in English law, the general rule in respect of contracts is that the parties involved are free to choose the law that governs their contract. Accordingly, the proper law of contract would be as per the law stated in their contract. There, however, exists an exception in the validity concerning a transfer of tangible assets. This is governed by lex situs (where the asset is situated at the time of the transfer). How the lex situs rule is applied is manifest in the Blue Sky case. [ii]

Despite the confusion created by the outcome of the aforementioned Blue Sky case(due to the English high court’s decision to consider lex situs while simultaneously refusing to apply renvoi, [iii] English law continues to remain the leading choice of law for governing aircraft financial transactions.

A search of the UK Register of aircraft mortgages (held with the UK Civil Authority Aviation (CAA)) must be done before one buys an aircraft, or finances a loan against one. Searches are carried out by the CAA on payment of fees prescribed. The search shows entries where the aircraft in question has been used for a mortgage or loan as a security. The legislation that must be referred to while registering a UK aircraft is named Mortgaging of Aircraft Order 1972.

To enforce the security over an aircraft registered under English law, it is important to evaluate whether an event of default or termination event has actually occurred. The documentation of a loan agreement or aircraft mortgage states the events constituting the default in the case of insolvency of a borrower. Failure to comply with the terms and circumstances constituting an event of default will entitle financier to call in the aircraft for repossession. Secondly, it is necessary to consider the place of registration. The next step includes notice of default to the defaulter. To take repossession over the aircraft locating the aircraft is important. If the aircraft is within EUROCONTROL (the European Organization for the Safety of Air Navigation) area in Europe, one can find out the location by contacting the Central Flow Management Unit. Some countries such as the United States of America have their own navigational services which are believed to be confined to the country’s jurisdiction. If such means are not available to uncover the location of aircraft, services of certain specialized companies providing aviation repossession services can be availed.

Under the English law, it is not necessary to have a formal repossession procedure. One can carry out a self-help process or obtain a court order. It only becomes necessary to obtain a court order if the borrower is not co-operative. The financier has the option of choosing the preferred repossession location. Whether an operator will agree to fly the aircraft to lender friendly jurisdiction, or as instructed by the financier, depends on what has been agreed to in the tri-partite agreement. The tri-partite agreement should clearly set out the aforementioned requirements. Further, the tri-partite agreement relies on an operating agreement. There must be right of prior notice to the financier by the operator in case of cancellation or termination of operating agreement to give the financier an opportunity to establish an alternative arrangement. Therefore, the contracts between the parties will determine whether self help will suffice or a court order would be needed.

The tri-partite agreement requires operator to deliver the aircraft in an agreed condition. When the financier is a bank, he/she usually appoints a receiver under the Law of Property Act to act on behalf of the bank. In this manner, the process can be carried out without court intervention. However, if the borrower has turned insolvent, different proceedings will be applied, such as liquidation and administration. Nevertheless, secured creditors will remain free to enforce their security and retain the proceeds based on priority or a moratorium.

Court intervention (by way of an injunction) can be obtained when there is a risk that the aircraft will be moved out of the English court’s jurisdiction, disposed of or a similar act might be committed to prejudice the lender. Under English law, there is no general right to attach an asset such as an aircraft prior to hearing the application for an injunction. An injunction is discretionary remedy by a court and the bank must satisfy the court that it runs the risk of losing adequate remedy by means of damages. An interim injunction freezing the aircraft movement will only be granted by a court if it is part of other proceedings wherein it will be necessary for the bank to issue a claim. The bank will require an undertaking to hold the bank responsible for any damages if the injunction is found unjustified.

There can also be a pre-judgment court sale if the court is convinced that the sale is vital. The bank is also entitled to claim a writ of fieri facias for enforcement of judgment debt which empowers an officer of court to seize and sell the defaulter’s assets necessary to recover the debt amount. 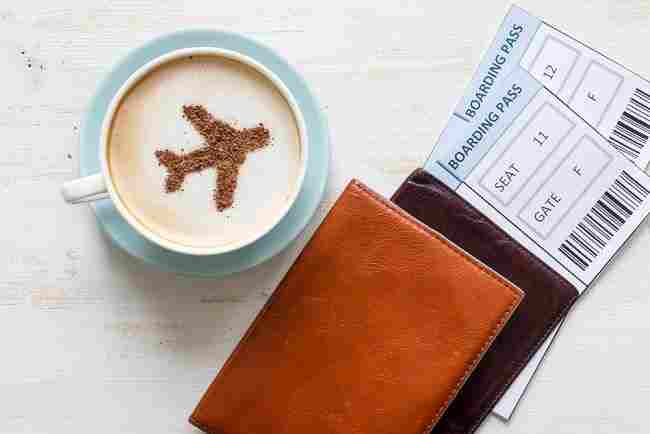 [1] Please note that the term financier in this article will be interchangeably used with mortgagee, pledgee, lender and bank.

1]The complexity or loophole in the English law was highlighted in Blue Sky One Ltd & ors v Mahan Air and another (the “Blue Sky case”). The Blue Sky case involved lender’s - PK Air Finance US Inc.’s (PK)- attempts to repossess two of the six Boeings it had been leasing to Balli Group PLC (international commodity trading group, controlled by three English SPVs). The factual background is as follows:

One of the aircrafts was owned by an English SPV. It was leased to an Armenian company (Blue Airways LLC) registered with the Armenian Civil Aviation Authority, and then chartered to Mahan Air, an Iranian company. The SPV subsequently mortgaged the aircraft in favor of PK at a time when the aircraft was physically situated in the Netherlands. The English mortgage law was expressly the choice of law of the mortgage. The English SPV and PK sought to repossess the aircraft to recover their debt before the English high court but were unable to do so. The English High Court found that the mortgage was invalid since one of the aircrafts had been located in Netherlands when the relevant transaction was executed. In this case lex situs was applied and the principle of renvoi was rejected. The decision creates confusion as the result is that English court would not use renvoi to apply the Dutch conflicts rule.

[1]French term “renvoi” means the process by which a court adopts the rules of a foreign jurisdiction with respect to any conflict of laws that arises.