Overview: Force Majeure Clauses and the Limitation of Liability

Force Majeure Clauses and the Limitation of Liability 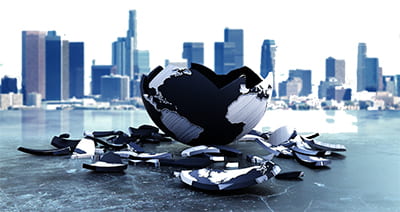 Force majeure roughly translates to ‘superior force’ and is used when referring to unforeseeable events taking place. For the most part, unforeseeable events are not attractive prospects for any individual, especially in the case of business agreements. While contracts generally do consists of plans for many potential eventualities, these are usually somewhat anticipatable. Force majeure on the other had are events which cannot be predicted or anticipated. The most common forms are natural disasters and certain types of changes in the law. Historically, this concept only referred to ‘Acts of God’. Earthquakes, fires, floods and tsunamis occur and have arisen regularly across the globe. In the modern world, there are other concepts which fit the descriptions in many ways. Changes in international law and significant global events resulting from human activity are not entirely natural, though that may be unpredictable, and can have significant impacts on business agreements.

In the event of such an occurrence, parties often share the opinion that it would be unfair to continue to apply the original contract’s clauses. An example of this could be relating to tenancy contracts. If a natural disaster were to transpire resulting in damage to property, contracts would usually have a force majeure clause, allowing for immediate termination of the agreement and allowing the property owner to work on and repair their home freely.

The force majeure clause is one which is relatively well known heavily used across many industries and throughout numerous contract forms. In the case of the UAE, they are found in often in tenancy contracts, due in part to situations such as the one mentioned previously. Another critical industry is that of construction. There are two points of note here. Firstly, it is fairly obvious that a natural disaster could have a negative impact on a project and this could extend so far as to make it impossible to continue. The other point relates to the country itself. The UAE has a huge construction industry, with the Emirate of Dubai being particularly famous for its large-scale undertakings. However, the land on which the city of Dubai lies is relatively stable. There are many complexities to the topic and numerous considerations to contemplate.

The UAE relies primarily on the UAE Civil Code (Federal Law Number 5 of 1985) in matters relating to contracts. In the code, Section 5 concerns the dissolution of contracts, and Article 273 elaborates on the topic of force majeure. Here, it states that in the case of an event that would lead to the agreement being impossible to complete, the obligations on both parties will cease, and beyond this, the cancellation of the entirety of the contract may transpire.

However, there are occasions wherein part of the contract becomes impossible to complete while other aspects remain doable. In this case, Article 273, Subsection 2 states that the elements of the deal that are affected by the force majeure will become terminated while leaving the rest of the contract to continue as ordinarily as possible. The obligor of the agreement, in this case, will be able to cancel the contract provided the obligee is aware of their intent to do so.

An example of a case in which force majeure was a key factor was the Dubai Court of Cassation, 213/2003 (195). In this case, a contractor was performing construction work, though they failed to complete it in time. However, a force majeure was claimed to be the cause, and therefore the judgement gathered that since the problem arose due to unforeseen circumstances, the contractor should receive the value of the work completed, and the termination of the remainder of the contractual agreement should take place.

It is important to note that the civil code primarily covers the UAE mainland. While numerous free zones also follow the Civil Code in parts, there are some including the DIFC and ADGM which have their regulations in place. The DIFC Law Number 6 of 2004 covers contracts within the free zone’s jurisdiction. Article 82 of the law regards force majeure clauses and instances.

Subsection 1 of this Article states that, in the case of a non-performance of contractual obligations, a party may be excused should they be able to prove that their non-performance arose due to uncontrollable circumstances.

Subsection 2 mentions temporary roadblocks. In the case of a temporary issue, the obligations may be held off until a time when it is reasonably possible to continue.

A notice must be given by the party that is unable to complete their obligation as soon as the problem becomes known to them, as stated under Subsection 3.

Finally, Subsection 4 indicates that if a party wishes to terminate a contract due to a force majeure event occurring, they shall be entitled to do so. 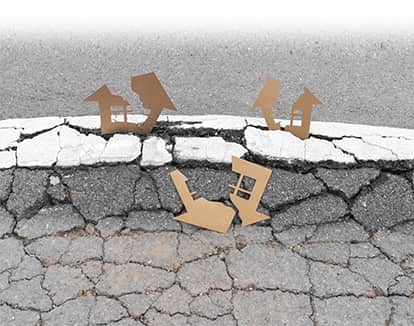 A case that took place in the DIFC was the Judicial Authority of the Dubai International Financial Centre: Court of First Instance, 7/2013 CFI. The Claimant, in this case, had sold properties to numerous defendants, though these were then either delayed or cancelled. However, within the contracts between the parties, there was a force majeure clause within the contract. There were numerous delays during the construction period, though notices accompanied these. The critical issue here was primarily related to the provided warnings themselves, as the force majeure clause itself was acceptable.

The ADGM, on the other hand, follows the UK court system and contract laws. It states that within the Market Infrastructure Rulebook (MIR), Article 2.6.2, that business continuity plans will be required in the contracts that need them. The Article then proceeds to list some of these, and Subsection d specifies that a force majeure clause should be included to provide some plan for emergencies.

Because the UK is a country that utilises a common law system, force majeure will only be applicable in a case that has it mentioned and specified in the contract. It is for the parties to decide on the extent of the clause.

Further to this, the burden of proof is on the party that attempts to apply it. They must prove that the event in whole or in part prevented the completion of responsibilities. If this is possible, the clause as found in the contract can be applied.

As a whole, the UK system is more customisable than general, though it must be included explicitly by the parties to the contract.

The US, much like the UK is a common law jurisdiction. As such, many of the same concepts apply here. There is no Federal Law in place which dictates force majeure, and therefore, if it is absent in a contract and such an event occurs, the concept cannot be relied on to shift the liability away from any of the parties.

The clause is one which is often put into contracts in a very generic manner, partly due to the fact mentioned above. While problems can arise out of the use of a generic clause, the point remains, that force majeure is a well-known and utilised often.

For a force majeure to be applicable, it must fulfil one of two requirements. The first is that of impossibility (or impracticality), while the second is the frustration of purpose. An example of a case in which the impossibility clause applied was Taylor v Caldwell. One of the parties owned a music hall which it had agreed to lease to the other. However, a fire arose which destroyed the building; this made it quite impossible for the agreement to be completed and enacted, and so under the impossibility force majeure clause, the contract would be terminated.

Once again, India is a common law jurisdiction much like the UK and US. The UK system heavily influences it due to the past the countries share, and so it should come as no surprise that they have much the same attitude on force majeure clauses. In India, there is the concept of Doctrine of Frustration, and this applies in any case wherein the initial purpose of the agreement is no longer a possibility.

Section 56 of the Indian Contract Act of 1852 states that any case in which an act or obligation becomes impossible or unlawful, the agreement shall become void. However, it was confirmed by the Indian Supreme Court that this would not apply in any case wherein the defendant causes the impossibility to arise due to their personal actions or decision. 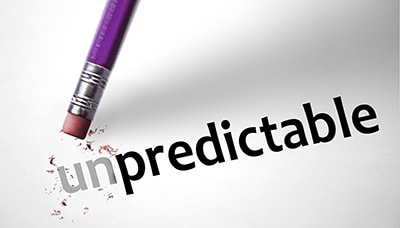 Force majeure is a fairly standard clause used in contracts around the world. It provides as much stability as is possible in the face of the world’s instability, with numerous occurrences of unpredictable and uncontrollable natural disasters occurring regularly and human-made changes in legal systems taking place through government acts on national and international fronts. This clause is both specific in its outcomes, while simultaneously being vague enough to cover all possibilities. Depending on a nation’s legal system, there may be different regulations controlling the use of the clause, with many of the common law jurisdictions sharing similar attitudes towards it, while civil law systems have their view of things. However, the fundamental outlook on the matter remains alike.