The Legality of Termination for Convenience Clauses

The Legality of Termination for Convenience Clauses 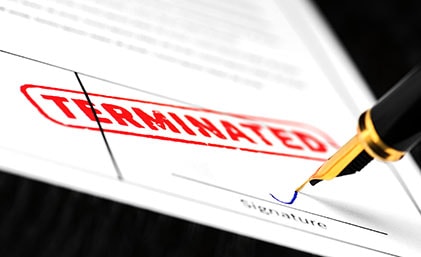 Under the global laws for international contracts and agreements, it is highly significant to identify the clauses which put forth the concept of termination for convenience. In general terms, it may sound that, via this clause, either party can conveniently step out from the agreement, without the liability for justifying their actions. This is when the termination for inconvenience clause comes into play.

Of course, there are numerous reasons where an entity, who is a party to the contract, terminate the same, for reasons like poor performance, delay, unable to meet specific standards, etc. The doubt remains the same, whether a party who has the right to terminate, will base on what applicable law for termination of the contract.

Terminating a contractual relationship is a rigid and tough task to come forth. In the event, that the agreement contains express terms for termination, the contract can be terminated by the said clause. The clause for terminating an agreement for convenience creates an empathy that the contractual obligations and relations are coming to a closure where a party is allowed to end the terms without the accountability of a cause for such termination. This is a mechanism put to use when the parties involved want to avoid costly legal scenarios.

The Termination for Convenience clause is popular in the construction contracts. But it is crucial to take note that these clauses can be unclear and constructed on ambiguous terms. It is the right and duty of the parties to make sure that the clause is clear as well as unambiguous and establishing terms on how the clause is applied and further liability.

In the UAE, majority of the contracts contain the clause for the right to termination for convenience, generally without a restriction, though a fee may apply for early termination. The party is allowed to terminate the agreement at any given moment. It may be with or without notice or without considering proving that certain breach on the contractual terms has occurred. Bearing in mind, the current industry scenario and the market conditions, there are possibilities as commercial reasons why the contract gets terminated and why the party who receives the notice is feeling distressed.

A contract governed by English laws may quickly dismiss an instinct for claiming the termination under convenience failed to be done in good faith. The concept of good faith is far developed in English Law cases where it is relevant to the prevalence of the right where a contract is terminated for convenience. In the case of Monde Petroleum SA vs Western Zagros Limited [2016] EWHC 1472 (Comm), where it was held that English law would not make an implication for the duty of acting in good faith for terminating the contract when no contractual duty is in existence. So, under English law, it gives the party a right to terminate the contract for convenience in the absence of the requirement of good faith.

An Ontario Court of Appeal Judgement where the question of determining the damages when the contract was terminated for convenience. The court held that the termination clause did not expressly provide for the payment of the last milestone to be due only if it was not paid already.

Termination without proving default can be a tedious job but of significant benefit. To make it operative, the clause has to be drafted clearly with the circumstances for its invocation, the measurement of its compensation, etc. it can cost high for litigation if the contracting parties fail to include what they actually intended and draft the clause appropriately.

The court in Basetec vs Leighton applied the same approach where it was confirmed that the object and intention of the clause for termination for convenience are to "identify the amounts which may be recovered by the Contractor".

Good Faith is differently applied under the UAE law. Under Article 246 of the Civil Code of the UAE, “The contract must be performed by its contents, and a manner consistent with the requirements of good faith.”

Additionally, Article 106 states that there can be no unlawful exercise of the rights, which includes intentionally infringing of other person’s rights and violating the rules of Sharia Law and public order. It can be seen that these two Articles if read together, may deter the right to terminate for convenience where there is no good faith.

Finally, it comes down to the issue of establishing as to what constitutes good faith. Good faith is described as an obligation to act with honesty and in a cooperative manner. In the Monde Petroleum case, the contract was terminated right before the completion of the object of the contract. It was conflicted, whether it constituted good faith. Under English law, it will allow the party to go ahead with the breaking of the contract, but there is a different answer under the UAE Law.

Further, the difference between the English and UAE law is the extent of the freedom awarded to the parties to negotiate the situation regarding good faith. UAE law offers that the parities have to abide by the terms of the contract under good faith as imposed by Article 246.

UAE law imposes strict compliance of good faith when terminating the contract. There is uncertainty on unilateral termination of contracts in UAE.

Termination of contracts can be done via either of the following ways:

Article 267 of the Civil Transactions Law in the UAE:

“If the contract is valid and binding, it shall not be permissible for either of the contracting parties to withdraw, change or terminate the contract save by mutual consent, an order of the court, or under a provision of the law”

Clarity on the drafting language of the clause is important when it comes to the damages payable for termination of the contract for convenience. Given the fact that the exercise of the clause does not require a default to be in place, it is only fair that compensation is awarded to the aggrieved party. 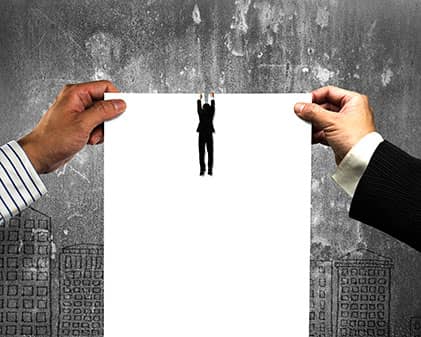 The termination for convenience is one which cannot be exercised in bad faith. There are certain limitations when this clause is existing in a contract. It is implied that the parties who enter in a contract, do so, in good faith and intention of fair dealing.

To take an example, where a client terminates the contract when the work is 90% complete to avoid paying him. This is bad faith. Also, it is apparent to note that a customer cannot terminate the agreement to terminate before completing the object of the contract.

Points to remember when drafting the termination for convenience clause

It was held that, to terminate a contract that is binding, the claimant who seeks the termination should not have neglected the obligations on his part under the agreement and the breach by the respondent must be due to the neglect instead of failing to exercise a legal right. This is in pursuance to Article 243 (2) of the Civil Code, where it is stated that each contracting parties should perform what has obliged him to do.

For determining the legality of the termination for convenience clause, the courts relied on Article 218 (1) and (2) where it was held that a contract is “non-binding with regard to one or both of the contracting parties, despite the validity and effectiveness thereof, if such party is given the right to cancel it without the consent of the other or without the order of the court, pursuant to Article 218 of the Civil Code.” If these Articles are read together, there is a strong possibility that the court may invalidate the termination for convenience clause.

It was held that neither of the contracting parties might revoke, rescind or modify the agreement except by mutual consent as mentioned in Article 257 of the Civil Law. Further, it provided that the agreement has to sufficiently satisfy good faith requirements under Article 246 of the Code. 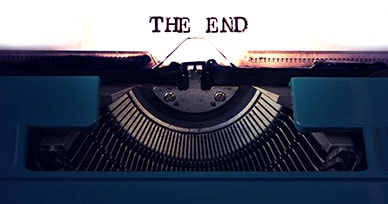 Hence, before employing the case of terminating the contract for convenience, the party intending to terminate should check for possible deficiency in the other party’s work as assigned under the contract. In case a deficiency is evident, the party must give a notice disclaiming an opportunity to remedy the deficiency for offsetting the repair costs. The party must give a valid and substantial reason for the default because it will be further difficult to prove the basis for the termination in the court.