In our previous issue, we discussed FIDIC and ENAA forms which are an internationally recognized and utilized form of contracts and the general comparisons between them. Our attorneys had also detailed the requirements of data accuracy, and other conditions of companies. Although, it does not end there. This Part II of the article gives a detailed comparison of the design obligations and force majeure clause requirements provided in the FIDIC and ENAA forms. 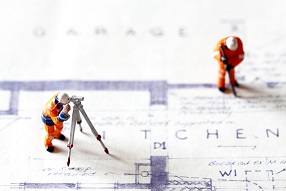 Rachelle Doorley once said, ‘(construction of) buildings require the skill of an engineer, a contractor and an artist.' So, the question that might cross your mind is how an artist could grasp their work environment once submerged into the chaos of a construction site. If so, then, you’re thinking of the wrong question. A more appropriate thought may be how an artist would confine his creative and free-flowing mind to the precise and narrow rules by which an engineer and contractor must abide. Although, uniformity is not encouraged in an artist’s work; that is not the case for engineers and contractors who are likely to be bound by the standard forms of contracts and practices that prevail in their line of work. The requirements found in these standard forms and the role of both contractors and employers are detailed below in this second part of the article.

The general design obligations under sub-clause 5.1 of the Conditions of Contract for Electrical and (for) Mechanical Works including Erection on Site (Yellow Book, 1987 First Edition, revised in 1999) states that:

“The Contractor shall carry out, and be (liable or) responsible for, the design of the Works.” Further upon receiving notice of commencement of works the “Contractor shall scrutinize the Employer's Requirements (including design criteria and calculations, if any) and (must also do so for the) items of reference mentioned in Sub-Clause 4.7 [Setting Out]. The Contractor must provide notice to the Engineer of any (and all) errors, fault or other defects found in the Employer's Requirements or these items of reference”. Furthermore, it also contains provisions regarding the application of variations and adjustments, subject to an experienced contractor exercising due care and consequently discovering the error, fault, or other defects upon examination of the Site and the employer's requirements before submission of the tender. Extension of the time for competition shall not occur and neither shall adjustment of the contract price.

From the above provisions, it is evident that the contractor is responsible for identifying any errors in the design criteria submitted by an employer and any defects when examining the site or the employer's requirements. The contractor is left with little remedy even if the data provided by the employer was incorrect as there is no responsibility placed on an employer for providing correct data or design criteria based on which the contractor lays down his plans. It seems that the form relies on the general premise of ancient practices where an employer was a layman and is persistent. However, in today's modern world, participants of large projects and users of these forms are technically well equipped from both the ends of the contract whether its employer or contractor.

“If mistakes, omissions, ambiguities, inconsistencies, inadequacies or other defects exist in the Contractor's Documents, then they and the Works shall be corrected at the Contractor's cost, notwithstanding any consent or approval under this Clause.”

Accordingly, even if the engineer has granted approval after a review of the “Contractor's Documents” (which may include designs submitted by the contractor) under Sub-Clause 5.2, the obligation as to costs for correction of errors or such defects falls on the contractor. Undermining the role of the engineer in bringing out any deficiency or defect before any work is implemented and thereby rendering the role of engineers in projects almost limited to a determination of contractor's and employer's claims which finally is controlled by the contractual presumptions established hostile to a contractor.

The ENAA (Engineers Advancement Association of Japan) form of contract under general conditions of clause 20.1.1 states as:

“C 20.1.1 - Specifications and Drawings: The Contractor shall be responsible for any (and all) discrepancies, errors or omissions in the specifications, drawings and other technical documents prepared by them; (regardless of) the approval of such specifications, drawings, and other (such) documents from the Owner. However, the contractor would not be liable if such discrepancy or error happened due to inaccurate information furnished in writing to the contractor by or on behalf of the Owner.”

The above provision is self-explanatory as to the demarcations of the liabilities between the parties as the proviso imposes liability on an employer for erroneous information and exempts contractor for errors resultant of such owner's errors.

The force majeure clause under Clause 19 defines force majeure as an exceptional event or circumstance (that is) beyond the party's control. It is something that could not have been reasonably comprehended before entering into the contract and upon its arising the party could have reasonably avoided or overcome. Further, it is not substantially attributable to the other party, and the clause also provides a non-exhaustive list of events. Sub-clause 19.2 has stated that when one party would be provided with substantial relief when the other parties prevent them from performing their obligations. Under Sub-Clause 19.7 the party is released from the performance of its obligations if the event makes it "impossible or unlawful" to fulfill its contractual obligations.

Though the provision somewhat covers events and circumstances in general, the ENAA force majeure clause is wider in effect. Force majeure is a predicament which is beyond the reasonable control of the affected party, which is unavoidable. The non-exhaustive list if also provided under ENAA form with an addition of a category for labor, materials and utility shortages that are caused by force majeure events. Another difference is that the relief is provided not only for prevention but also for the works "hindered or delayed" due to force majeure. A force majeure clause is believed to apply to differing types of performance rather than only for non-performance as the word hinder has a greater interpretation than just rendering contractual obligation impossible and incapable of being performed. Further, there is a difference in notice provisions as the FIDIC force majeure notice should be furnished within a period of fourteen (14) days from the date of obtaining awareness about the event; whereas, in ENAA the notice period starts from the time of occurrence of the event. 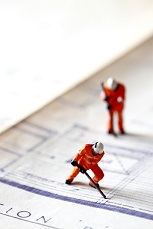 The principle difference in these forms of contract discussed at hand is employer's liability for the scope of works and design outline or the requirements provided by the owner and technical specifications provided by the contractor by such documents. In FIDIC, the contractor possesses larger risks and responsibilities than an employer; whereas, in the ENAA standard form, the obligations seem balanced as the responsibility for specifications of work provided by the owner has been placed on themselves. However, simultaneously, there is a need of giving wider authority to the employer in ENAA form. Further, the owner's constant instruction and the need for approval or authority should not extend to the limits of the FIDIC form to interfere with the engineer's performance. It will also be interesting to compare Conditions of Contract for EPC Turnkey Projects (Silver Book 1999 First Edition) or Conditions of Contract for Design, Build and Operate Projects (DBO Contract 2008 First Edition) with the ENAA's turnkey form.

STA's team of construction lawyers in Dubai are trained with an in-depth experience in the Real Estate law and have handled several turnkey projects including advisory on man-made islands, office, retail, industrial, leisure and residential sectors including mixed use and urban regeneration projects.