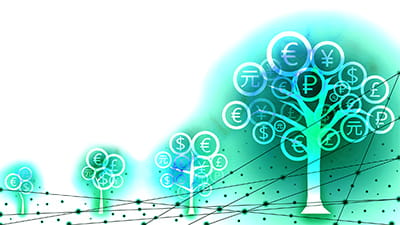 As announced by the Dubai International Financial Centre (“DIFC”) on 14 December 2014, His Highness Sheikh Mohammed bin Rashid Al Maktoum has enacted the DIFC Law Number 2 of 2014 (the "DIFC Law"), in his capacity as the Ruler of Dubai. This legislation came into power as a UAE Federal Law as well - Law Number 10 of 2018 (the “Law”) as of 31 October 2018.  Provisions of this Law applies to all Qualified Financial Contracts, Collateral Arrangement and Netting Agreements which are entered in the UAE by any person, provided that the Law lists these abovementioned arrangements. The DIFC Law passed by the DIFC draws upon the International Swaps and Derivatives Association (ISDA) Model Netting Act 2006 and integrates the features of best international practice. It is most likely that this DIFC Law will bring about significant changes to those involved in the commercial and commodity markets both in the UAE as well as internationally.

As stated by His Royal Highness Sheikh Hamdan Bin Rashid Al Maktoum, this DIFC Law will lead to a decrease in credit as well as settlement risks and will increase the efficiency of the regulatory procedures (including safeguards) concerning Netting. He also mentioned that this, in turn, will strengthen oversight and governance frameworks by improving the performance of the nation’s economy and attract further foreign investments.

In simpler terms, Netting is a standardised process used in banking and financial markets with the view of making payments for interests or any competing claims between parties. The goal is ultimately to decrease the number of transactions involved with the process. For instance, Bank X owes Bank Y AED 200,000, and Bank Y also owes Bank X AED 150,000. After applying the principles of Netting, the amount required for transfer will be a sum of AED 50,000 from Bank X to Bank Y (200,000 – 150,000). As a result, this new payment between the Banks has resulted in the same desired outcome economically for both the parties.

Therefore, Netting is a method which decreases any financial, contractual risks like credit or settlement. It is done so by adding up multiple promises of payment and reaching a diminished net promise. Some of the critical features of Nettings are the decrease of credit, settlement, liquidity and systemic risks.

Another example to understand payment netting (also referred to as settlement Netting):

Two parties (Party A and Party B) are carrying out a transaction on a specific date. Here, Party A owes Party B £7,000,000, and Party B owes Party A £8,000,000. Here, usually, the parties will combine the amount of currency with being delivered to the other, and the party with a higher aggregated amount will deliver the difference to the other party. Applying this principle to our example, Party B will deliver the outstanding amount of £1,000,000 to Party A on the due date.

Application of the Law

Netting includes various cases such as clearance or acceleration of any payment for the delivery of claims under a Qualified Financial Contract entered into under a Netting Agreement. Article 3 of the Law covers this application of the law. 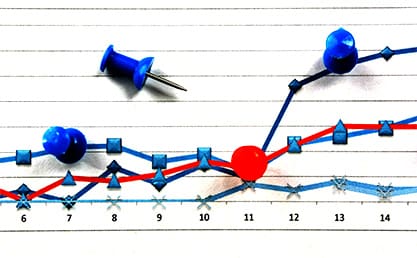 Furthermore, the article also provides on the calculating, approximating or accepting the close-out or termination, market, liquidation or the replacement value. Any damages incurred which is contributed by a party’s failure to follow the rules of the Netting Agreement taken into account for in value.

Furthermore, it includes the exchange of values calculated into one currency, either by operation of set-off, offset or net out of obligations. It is noteworthy that entry by either of the parties into a transaction either according to or as a result of the net balance is payable either:

Article 4 of the Law states that the following cases amount to a Netting Agreement:

As for Article 5 of the Law, it states that Qualified Financial Contracts are deemed to be final and enforceable so as long as the provisions in Article 7 of the Law is not discriminated.

For Netting to be enforceable, firstly it should be considered as final and enforceable under the Law; i.e. should not be considered void, unenforceable or unfinished for any related reasons to aleatory contracts. These contracts, known as Gharar contract, occur when the determination of rights and obligations of the parties are unclear. Article (7) of the Law, provides for the setting up of the “Committee for Designation of Qualified Financial Contracts’’. The Committee is chaired by three representatives, one from the Finance Ministry and two from Regulatory Authorities in the State (Central Bank, Securities & Commodities Authority and the Insurance Authority). The responsibilities of this Committee are as follows:

Next, Netting Agreements should settle as final and enforceable by the Law. The terms incorporated in the agreement, including the terms against guarantors, an insolvent or any other person giving security in exchange for support of the insolvent party must be upheld and followed.

Finally, the Law, regarding a Netting Agreement during bankruptcy and insolvency, states that the commitment of the parties is as stated in the Netting Agreement; - unless their responsibilities convert into obligations. Equally, the process applies to the transaction of financial contracts.

Note that, Netting Agreements remain enforceable by the newly passed banking laws. These banking laws clarify that the settlement of any netting obligation which has been affected in bankruptcy or liquidation process will be determined according to if such an amount has been paid.

Because it constitutes a preference due to a non-insolvent, it will not be permissible for the liquidator to annul, deny or stop the execution of any of the operations specified in compliance with the requirements set out in the DIFC Law. The DIFC Law also addresses many previous legal issues relating to the set-off of insolvency and the dissolution of insolvency contracts.

In conclusion, the DIFC Law is seen as a progressive step which seems to give clarity and certainty to both local and international markets. In addition to this, it is also clear that the qualities of Netting will be acknowledged in the UAE. The DIFC Law has eliminated various legal issues concerning insolvency set off and contracts collapsing due to insolvency as per current UAE Federal Laws. 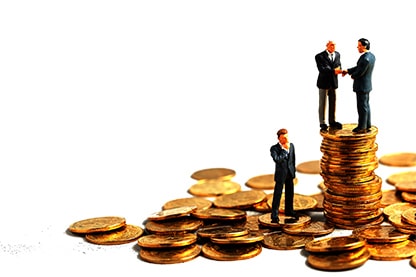 The change brought about by the DIFC Law drastically helps to promote and encourages international recognition of the UAE as a well progressed state in the Netting jurisdiction. This, in turn, reflects in a positive note, the UAE’s ever-evolving legal system leading to endorsements of more significant financial activity in the country boosting the growth of its commercial financial hub.

Note that this article is designed only to provide a general overview of the subject matter. It is thoroughly recommended to seek specialist advice for specific circumstances.