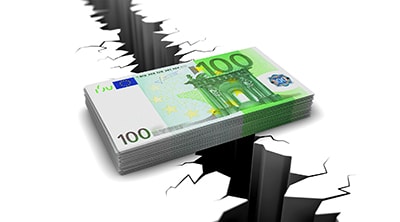 The United Arab Emirates’ new law on Foreign Direct Investment (FDI), which came into effect on October 30, 2018, will set a new point of reference by permitting 100 percent foreign ownership of companies in UAE. The new enactment, which plots who is an investor and what is a venture under the FDI Law, additionally details the sort of insurances stood to foreign investors who qualify under it. This will prove to be a game-changer for the UAE international investment law which will surely be a decider in diversifying the business and investment landscape by providing measures and incentives to the foreign investors.

On 30 October 2018, His Highness, issued Decree Law No. (19) of 2018, on FDI, which sets out national enactment for the advancement and improvement of UAE's foreign investment scenario. The new enactment sets out arrangements including yet not restricted to who is an investor and what is a venture or an investment under the FDI Law, and the sort of insurances stood to foreign investors who qualify under the FDI Law. The United Arab Emirates is a hot destination for the foreign investors where FDI flows around 11 Million Dollars in 2017.

The new enactment likewise gives a road to a plan of action if the foreign investor is hurt by the UAE or one of its elements. The dispute resolution procedure under the FDI Law accommodated Alternative Dispute Resolution ("ADR") and expedited local court process in the UAE. Following a progression of the Government of UAE, declarations and much theory in the market, another Foreign Direct Investment Law has been distributed in the UAE Official Gazette and is currently in power. Likewise, with most, if not all, new enactment, the FDI Law is available to understanding, and we anticipate further clearness in the coming many months.

In this article, an overview of the dispute resolution mechanism contained in the new enactment and certain imperative contemplations for remote financial specialists under the FDI Law will be given.

Under the new UAE FDI Law, Article 12 gives a distinct provision on the dispute resolution mechanism where it mentions that:

“Without prejudice to the right to litigation, disputes or differences which arises from a foreign investment project may be settled by any ADR.”

Under this, any disputes or claims by the foreign investors would be sufficiently be heard in the competent court of Law in the UAE in a fast track and an expedited manner.

A foreign entity investing will likewise have the alternative of heading off to UAE’s local courts. The arrangement explicitly gives that if the investor chooses to continue to prosecute its dispute in the local courts, it will be done as such in an expediate way. Nonetheless, the arrangement does not give explanations regarding how it will be expedited. At present, there is no specialty courts or expedited process set up in the UAE courts to manage FDI claims and disputes.

Further, under this provision, the investor can pick arbitration on an international front consisting of ad hoc, ICSID, ICC, LCIA, etc. for the settlement of the disputes and claims. The provisions do not mention the way the arbitration ought to be standing upon like the number of arbitrators, the seat of arbitration, the language supposed to be used, etc. Therefore, this will be settled on the gatherings once the procedures are started. Notwithstanding, for an investor to have their disputes and claims resolved by international arbitration, the UAE would need to give its approval and consent.

Considerations of ADR under UAE Law

Specific concerns that an investor should investigate before initiating an arbitral proceeding under the UAE Law. Under the law, it is to be evaluated whether UAE has given its consent for the dispute resolution mechanism which is the choice of the investor, and the compensation criteria that the investor is entitled to via the FDI Law.

The New FDI Law brings out an issue whether the United Arab Emirates would be consenting to any such form of venue or alternative for the foreign investor. Article 12 fails to provide for any specific method for the resolution of disputes. Instead, it gives an “optional” dispute resolution proviso for deciding and choosing a strategy for dispute resolution. In any case, does this mean the UAE has assented to whatever the remote speculator has chosen to determine the debate?

At first look, an idea to any question goals system at the tact of a foreign investor contained in law may show up as assent since it can establish as an idea to the international company. Nonetheless, foreign investment legislation that incorporates an "optional" dispute resolution provision does not mean the state's approval to arbitration or some other strategy chosen by the foreign investor. It just suggests a specific structure (or decision) of a plan of action to settle the debate.

Several foreign investment legislations’ have comparable arrangements where the foreign investor may pick between strategies for settlement. For instance, Article 5(3), Part II, of the Investment Code of Seychelles Investment Act, 2010 gives that an aggrieved investor may "resort to different techniques for dispute resolution…" to settle its question if the host state improperly dispossesses or nationalizes investments. Another model is Article 43 of Jordan's Investment Law of 2014 which expresses that a financial specialist may "resort to elective methods for settling the debate...".

Most FDI Laws that have a "discretionary" debate goals arrangement will require a previous agreement like an arbitration clause in the investment agreement, or a consequent contract between the host state and the foreign investor. There is no understanding in another instrument, at that point there is no assent by the state to the strategy chosen by the investor.

The second issue under the new FDI Law is the kind of reimbursement the foreign investor will be qualified for on the chance that it is hurt by the UAE or one of its substances. The new FDI law does not explicitly accommodate compensation. The principal exemption is on account of confiscation. Article 9 of the FDI Law gives that an investment won't be dispossessed aside from if the taking is for the clear advantage and the UAE gives satisfactory pay.

The inquiry is to what sort of remuneration and compensation can a foreign investor recoup under the new Law if the venture is not expropriated, and by what method will the pay be resolved?

Remuneration is more likely to be resolved on standards of compensation which is dependent via the International Law. The UAE has adequately made one-sided endeavours under the new enactment which could be considered as having "internationalize" or made international Obligations. As it were if a resolution process is initiated under the FDI Law, the tribunal situated will more than likely decipher any hurt brought about by the UAE or one of its elements to the foreign investor as a break of universal law and grant harms following global gauges of pay. Standards of compensation under UAE law would more than likely not be considered.

Further, the FDI law contains arrangements where it exhibits the UAE's plan to join universal benchmarks to its enactment. For instance, Article 2 of the FDI Law states:

"This law goes for creating and advancing the outside direct venture condition and joining remote direct speculation by building up the policies of the UAE.”

The new FDI law does not explicitly accommodate remuneration. The main particular case is on account of the seizure. Article 9 of the law gives that speculation won't be dispossessed except for if the taking is benefiting the public and the UAE provides enough pay with. Remuneration will more than likely be resolved on standards of global law, the law office said.

"The UAE has viably made one-sided endeavours inside the system of the new enactment which could be considered as having "internationalize" or made global commitments in the FDI law. At the end of the day, if an assertion is initiated under the FDI law, the arbitral court situated will more than likely translate any hurt brought about by the UAE or one of its elements to the remote financial specialist as a break of worldwide law and grant harms in accordance with global gauges of pay," the announcement explained. Standards of pay under UAE law would "more than likely" not be thought of it as included. The hotly anticipated FDI law is relied upon to enable the UAE to end up more financial specialist well-disposed and pull in increasingly worldwide speculators.

This arbitration law is "an extremely energizing improvement" for the entirety of the UAE. "While the state has built up notoriety for being the pre-prominent seat in the Middle East for intervention, it risked falling behind different countries who have presented complete new laws. That issue has now been tended to, and I am certain the new law will help bond the UAE's situation in the worldwide mediation advertise. By the introduction of the Foreign Direct Investment Law in the UAE, it will significantly develop and lead to a majority of investments in the UAE by foreign investors.