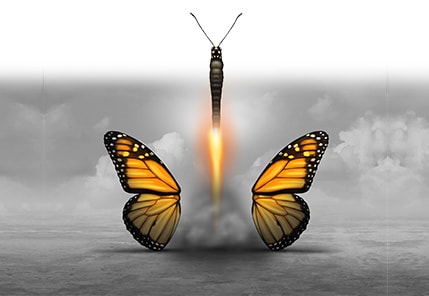 Redundancy is one of the most contested and controversial aspects of employment, especially with regards to economies with unfavourable economic climates. Many employers may sometimes be faced with the unfortunate challenge of instituting changes into their business and their business practices in order to reduce operating costs and inevitably being forced to make redundancies. Perhaps the last thing that an SME (Small to Medium Enterprise) needs in such an event, is to become liable to further expenses due to poor execution of correct redundancy procedures.

In a nutshell, the term “redundancy”, in the context of employment law, refers to a scenario wherein an employer reduces their workforce in the event that a certain job/jobs are no longer needed, i.e., they become “redundant”. Such situations may arise due to factors that are outside the control of the employee itself, such as, but not limited to, the business closing down, the employer needing to cut expenses, the advent of artificial technology (AI) or other technologies that have made that job unnecessary, the job no longer exists, or the business’s ownership changing hands, and thus, in most circumstances, redundancy is not a reflection of the employee’s ability to do their job, rather it is caused by auxiliary factors.

In most cases apart from the closing down of the business, employers must provide reasonable justification for rendering an employee’s position as redundant. It is important to note that redundancy can only take place in the event that the position itself is declared redundant, and does not take place if one employee is just replaced with a newer one. Colloquially, the terms redundancy, retrenchment, and layoff are used interchangeably. They can be either of a forced or voluntary nature, with regards to which employees are let go from a firm. In the case of voluntary redundancies, employers usually offer incentives such as severance packages or garden leave. Voluntary redundancies prevent the employer from having to choose which employee to terminate. In the event that voluntary redundancies are unsuccessful, a commonly used technique of “Last In, First Out” (LIFO) is employed in forced redundancies, whereby employees who have been with a business for the least amount of time are let go of first. Other factors that may be used in assessing redundancy possibilities include factors such as attendance records, disciplinary records, the standard of work performance of an employee, the employee’s prior experience, or the contribution to the business as a whole. It becomes the onus of the employer to apply the test for redundancy and assess he/she requires fewer employees to carry out a certain piece of work, and not just simply the work becoming diminished or ceased.

The following article will analyse the consequences, both for the employer and the employees, during a time of redundancy, and the legal aspects of the same. It will also seek to analyse the various means of legal recourse that may be available to employees during redundancies in various jurisdictions.

The statutory definition of the term “redundancy” is outlined in the Employment Rights Act 1996 (ERA 1996), which is an Act of Parliament in the United Kingdom (UK). Under Section 139 of the ERA 1996, “redundancy” defined as follows:

(b) the fact that the requirements of that business—

Thus, under this definition, the focus is not placed on the quantitative availability of the work, but rather on the question if the employer can evidence a reasonable need for a lesser number of employees to work with the business. The term “work of a particular kind” pertains to the actual work, and not the person in the position to do that work.

Also, to note, Section 98 of the ERA 1996 outlines the legal reasons, under which a dismissal may occur. These are as follows:

Upon the establishment of an act of removal of an employee as a “dismissal”, a simple test has to be applied to ascertain whether that dismissal qualifies as “redundancy”. The test, established by various law, entails the following questions:

This test was primarily set out Employment Appeal Tribunal (EAT), a superior court of record in England, Wales, and Scotland, in the case of Safeway v Burrell [1997 UKEAT 168_96_2401 Appeal No. EAT/168/96], and was later reaffirmed in the House of Lords (HL) case of Murray & Annor v Foyle Meats [1999 UKHL 30]. On the basis of this test, “transferred redundancies”, i.e., situations wherein an employee who was previously not in a situation to fall into redundancy, gets replaced by an employee who was, are deemed lawful. In such situations, employees are “bumped” into positions of becoming redundant, the EAT analyses factors such as the employee’s capabilities and conduct, that would have led the employee to fall into such a situation. The 2012 case at the EAT of Packman Lucas Associates v Fauchon [UKEAT/0017/12/LA] established that it was not necessary for the business to have a reduction in the number of employees, that are carrying out a certain piece of work, in order to satisfy the statutory definition of redundancy under ERA 1996. It is also important to note that should an employer choose not to renew a fixed-term employment contract that covers an absent employee (for example, an employee that is on sick or maternity leave), it would not amount to redundancy under the ERA 1996.

In the United Arab Emirates (UAE), the Federal Law Number (8) of 1980 is the principal “Labour Law” (referred to as the “UAE Labour Law” hereon), and there is no express statutory definition of the term “redundancy”, and thus, this causes a lot of uncertainty and confusion amongst business owners with regards to the correct legal approach towards dismissing an employee. In the absence of a statutory definition, courts have previously held that, in situations where a business dismisses an employee for cost-saving reasons, it would be deemed fair and legal. Under the UAE Labour Law, an employee, who is on an unlimited term employment contract, may only be legitimately dismissed in the following cases:

Also, under Article 117 of the UAE Labour Law, any company is free to terminate any unlimited term employment contract for any given “valid reason”, as long as they provide a notice of at least 30 calendar days. However, under the UAE Labour Law, any termination of an employment contract that would take place without a valid reason would be deemed to be of an “arbitrary” nature.

One of the elements that are crucial to ensuring a smooth redundancy procedure, is ensuring that it takes place fairly. Under the UAE Labour Law, the redundancy procedure should be carried out in a broad and transparent manner, so that it involves a meeting with each affected employee. The employer should take up the responsibility of providing employees with formal and regular updates of the process, along with supplying appropriate documentary evidence pertaining to the procedure. If the employer undertakes a fair and transparent procedure for the redundancy process, the employer will be well-positioned to fend off against any subsequent labour claims.

Following on from the actual redundancy procedure, the employee whose contract was terminated would be empowered to legally claim compensation and certain forms of consultation and compensation.

In the UK, in the event that an employer proposes to dismiss 20 or more employees, within a time period of 90 days or less, the employees must engage in what is known as “collective consultation”. In the European Court of Justice (ECJ) case of USDAW v Ethel Austin [UKEAT/0547/12/KN] (commonly referred to as the Woolworths case), which was decided in April 2015, the question of the obligation of the employer to provide collective consultation when multiple redundancies are triggered. The ECJ decided that the threshold was to be set at 20 employees undergoing redundancy under one establishment and that the dismissals should be conducted independently of one another. This duty to provide consultation by the employer could also be enjoyed by employees who may be affected by the proposed dismissals as well, i.e., not exclusively to employees who are undergoing redundancy. Thus, even the co-workers affected by the dismissal of their colleagues may seek consultation. When an establishment seeks to dismiss 100 or more employees as redundant, the consultation must begin 45 days prior to the dismissal going into effect, and where there are 20 to 99 employees being dismissed, the consultation period specified by the ECJ is 30 days.

Along with consultation, any UK employee who is dismissed as redundant is entitled to receive the following:

The employee may lose the right to claim SRP if the employee, on unreasonable grounds, rejects an offer of suitable alternative employment.

In the event that the employee had been employed for a minimum period of 2 years under one employer, and that the employment period has not exceeded 20 years, the SRP will be calculated as follows:

Several situations may also arise wherein an employer may choose to pay the redundant employees an enhanced amount (ex-gratia or non-contractual pay). Such situations include:

Any of the aforementioned payments, such as the SRP, and the non-contractual payment, are exempt from any taxes up to a limit of GBP 30,000. Above this, the payment shall be subject to the appropriate taxes and National Insurance Contributions (NICs).

In the UAE, the UAE Labour Law outlines an employee’s entitlement and benefits upon the termination of his/her employment contract. They are as follows: 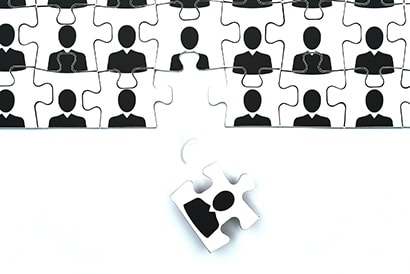 As outlined in the article, the redundancy of employment is an unpleasant matter that an employer would have to deal with in the event of letting go of his/her employees. However, if handled correctly by the employer, the process could lead to an amicable departure of the employee. As recapitulated in the article, several means of legal recourse are also offered to the employee in such situations, given that the employee is qualified to obtain the same.