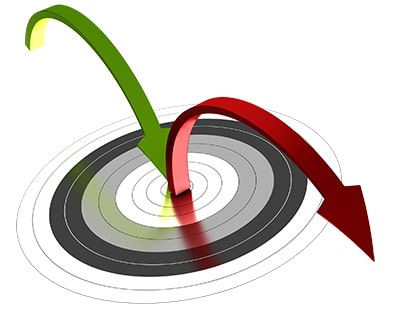 The dishonouring of checks has become a contentious and divisive issue in the UAE's legal landscape, owing to the serious consequences it now entails. In the UAE, Post Dated Cheques (PDC) are the most prevalent mode of payment, whether in a business-to-business or business-to-consumer partnership.

Upon considering how the possibility of having dishonoured checks is a normal occurrence in the corporate world, the UAE Federal Penal Code placed criminal penalties against those who drew bounced checks in order to secure and provide redress against this act.

In this sense, a PDC serves as an entrust able payment instrument for a commodity or a consumable. Following an assessment of the present economic situation, the Emirate of Dubai has recently amended the legislation governing Dishonoured Cheques. At the present, cheques and their dishonouring are looked at through the lenses of UAE Federal Law No. 18 of 1993.

Validity of a Cheque in the UAE

In the United Arab Emirates, a cheque is valid for six months. The value of a bounced cheque in the UAE is two years from the presentment date expiry, according to Article (638/1) of the UAE Commercial Transactions Law Federal Law No. (18) of 1993, which means you will file a lawsuit against the drawer of a dishonoured cheque up to two years after the cheque has expired.

Likewise, Post Dated Cheques serve as a secure method of payment for a service or a consumable. Foreign manufacturers and local retailers finding collateral for purchases on loan to dealers and distributors benefited from the guarantee of the able value of the product.

However, as per the UAE Penal Code, a recent reform by the Emirate of Dubai (Law No. 1 of 2017 hereafter referred to as the 'Criminal Order Law') decreases the effectiveness and dilutes the criminality around PDCs (Federal Law No. 3 of 1987).

In the UAE, the penal ramifications of a PDC are regulated by UAE Federal Law No. 3 of 1987, which states that the drawer of the cheque is legally liable for issuing a dishonourable cheque. In this case, a drawer of a cheque applies to the person who signed the check, whether it was a boss or a partner/co-owner.

Likewise, it must be noted that other people's private funds have no bearing on the value of the cheque. Moreover, only the company's assets should be used to realize its worth.

Furthermore, upon specifically assessing the cheque value and the evidence produced, a criminal court will either variably issue a fine between AED 1,000 to AED 30,000 or sentence the drawer to 1-3-year imprisonment.

Likewise, such proceedings would entail a travel ban on the drawer upon a complaint being filed before the police station. This, however, will be reversed if the drawer either amicably settles or completes his term of imprisonment.

Understanding the Period of Limitation

The bearer of a bounced cheque will file a criminal complaint within five (5) years of getting the check, according to Article 20 of the UAE Criminal Procedures Law Federal Law No. (35) of 1992.

The factors that can dishonour a cheque are as follows:

What do the new changes entail?

The new amendments primarily explain the categories of criminal offences that may result from a bounced check, as well as the seriousness of the offence. A dishonoured check will now be known as an "executive document" that could be used in court for execution procedure under the new amendments.

Understanding the One Day Court System 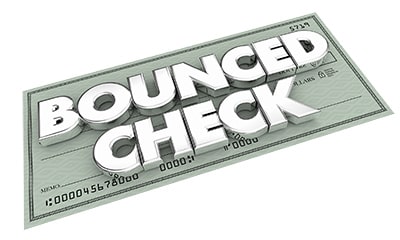 Further, in line with new changes, courts in the emirates of Ras Al Khaimah, Dubai and Abu Dhabi have been established in order to resolve minor cheque claims.

Alternatively, the new legislation necessitates criminal courts to levy only a fine rather than punishment on minor offences. Objections to the court's decision must be lodged within seven days, and the case will be handled by the criminal court according to standard procedures.

Moreover, once the executionary process' is in motion, the civil courts would also attach the assets owned by the individual that issued the subject cheque while possibly serving orders for jail time. Furthermore, under the new regime, civil courts will be adamant in restricting those convict's right to perform or undertake business operations.

On the opposite, the new amendments may have a positive effect on the processing of payments by cheques, as banks may be able to 'partially' fulfil a cheque demand where there are insufficient funds to service the claim. This would, in turn, ease the stress placed on organizations that are direly affected by negative cashflows within the market.

Laws in Dubai Vis-à-vis the Other Emirates

The Emirate of Dubai, under the 'Criminal Order Law', sets a threshold value at AED 200,000, below which there will be no criminal pursual by the criminal courts of Dubai, unlike in the other Emirates.

However, it must be noted that such offenders of bounced cheques will be punished with the following fines:

Notably, if the value of the check is less than AED 200,000, the Dubai Public Prosecution will only impose a fine on the drawer. The criminal courts in Dubai handle all cases involving checks worth more than AED 200,000.

On the contrary, this approach must not be confused with the UAE's Insolvency Law, as it does not decriminalize the dishonouring of cheques but merely permits an insolvent debtor to produce a civil court order for the purposes of either stopping or to postpone the procedures at the criminal court.

Fines payable under criminal proceedings is not entailed for the purposes of servicing the complainant/ bearer compensable amount but is levied, such that it is payable to the UAE government.

Therefore, under such circumstances, a claimant can present his case to a civil court claiming his right to the disputed amount. This would ideally result in a judgement wherein the drawer of the bounced cheque is obliged to pay an amount equivalent to the value of the cheque with interest. 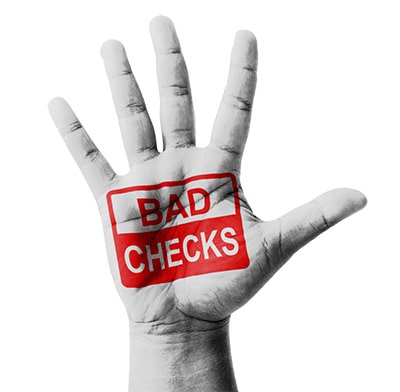 Inability to pay after jail term

Once a bounced cheque convict has served their respective jail term, they stand to be released upon completion of that period. However, if the original complainant files the case again in the civil court for the second time, the drawer will be liable to the amount in the remainder. More significantly, a failure to settle the remainder could prompt the 'drawer' to serve an additional jail term based on the civil law conviction.

Process of Filing a Bounced Cheque Claim in Dubai

Conclusively, cheques being dishonoured is a cognizable offence, wherein either imprisonment or a fine is entailed. It has also been evident that a creditor can file a criminal as well as a civil complaint against the drawer.

The use of legal implications surrounding PDC's although effective, has been critiqued for being overly burdensome in a manner that curbs risk-taking and innovation, which has, in turn, prompted entities to seek other modes of security.