For running a successful business, among other things, it is vital to have good relations between an employer and his employees. To uphold those good relations, it is further essential that industrial disputes, i.e. conflicts or disputes between an employer and an employee are settled quickly and harmoniously. Therefore, an efficient way to resolve industrial disputes is “Collective Bargaining”, a method that is widely used by businesses, both small and large.

Collective Bargaining is a method wherein the management of a business and the representatives of employees meet and negotiate the conflicts at hand along with the terms and conditions of employment for shared benefit. The term 'Collective' is used since both the parties, namely employer and employee,  negotiate and discuss conflicts or any terms of employment. The word 'Bargaining' is used because it is a process to reach an agreement involving proposals and counter-proposals made by both parties.

Collective bargaining extends to all mutual negotiations which take place between an employer, a group of employers or employers' organizations and the workers' organizations, for determining the working conditions and the terms of employment, along with regulating relations between employers and workers. It is a process of negotiation which involves any form of discussion, formal or informal, with the end goal of achieving an understanding which eventually leads to better working conditions and better productivity. For the process of collective bargaining to be effective, these negotiations must be conducted in good faith, involving a process of joint decision making, which makes it easy to build trust and mutual respect between the parties. This article will aim to discuss the objectives, process, forms, advantages and challenges faced during the process of collective bargaining.

Objectives and the Process of Collective Bargaining

There are five main objectives of the process of collective bargaining are:

There are also five core steps that help to achieve the objectives mentioned above, these steps are:

Any collective bargaining process begins with preparing the composition of the negotiating terms for both parties. It is essential for parties to the bargain to chose representatives with adequate knowledge and skills. These chosen representatives must now analyze the issues at hand and decide if there is any reason to negotiate. In order for the negotiation to commence, representatives must have a proper understanding of the main problems, knowledge of operations, working conditions, production norms and other relevant conditions. 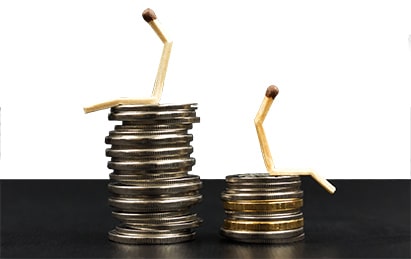 Once the parties to the negotiation have prepared for it, now the discussion round commences. The parties begin with deciding the ground rules that will guide the negotiations; hence, an environment of understanding and mutual trust is created, so that the collective bargaining agreement can be reached. After the parties have set the ground rules, the parties enter the third stage, i.e. the Purpose stage. Here, each party representative makes the initial opening statements and explores the possible options that exist to resolve them. In one word, this stage could be described as 'brainstorming', which involves the exchange of messages and opinions of both the parties.

The parties now reach the crucial stage of bargaining, and after all the discussion once the parties are done with negotiating terms and conditions and reach an amicable solution, a consensual agreement is reached wherein both the parties reach a joint decision about the issue. This is described as the final settlement stage as it consists of effective joint implementation of the agreement through shared visions, strategic planning and negotiation.

The four most widely accepted forms of collective bargaining are:

Restructuring involves reshaping some attitudes like trust, friendliness or hostility between labour and the management. When there is an accumulation of bitterness between both the parties, attitudinal restructuring is required to maintain smooth and harmonious industrial relations as it develops a bargaining environment and creates trust and cooperation among the parties. Intra-organizational bargaining usually aims at resolving internal conflicts, this is a type of manipulation to achieve an agreement with the workers and management as even within the union, there may be differences between various groups.

Existence of a strong representative trade union is fundamental in having an effective collective bargain along with the presence of a fact-finding approach and willingness to use new methods and tools for the solution of industrial problems. It is also necessary to have an existence of strong and enlightened management which can integrate different parties involved as well as agree on mutual rights and obligations between the employer and the employees which need to be present.

For collective bargaining to function correctly, unfair labour practices must be avoided by both the parties and proper records for the problem should be maintained. Collective bargaining is conducted at the plant level, which means that, if there is more than one subsidiary of the firm, the local management should delegate proper authority to negotiate with the local trade union. There must be a change in the attitude of employers and employees, and they should realize that differences can be resolved peacefully with negotiation without the assistance of a third party. Parties should enter into a negotiation with a view of reaching an arrangement. Once the settlement is reached after negotiations, it must be in writing incorporating all term of the contract.

Perhaps the main advantage of this system is that, by reaching a formal agreement, both sides are aware of what to expect from the other party and the rights that each party has. This can, in turn, reduce the number of conflicts that can arise later and can also make operations of an organization more efficient. Additionally, employees who enter collective bargaining know that they have some degree of protection from employer retaliation. This approach is practical in larger companies where the employer might have hundreds or even thousands of workers on his payroll. Agreements reached through these negotiations usually cover a period of at least a few years, which gives employees some reliability in their workplace and its policies. On a broad scale, using this process can result in a more ethical way of doing business as it promotes ideas such as fairness and equality.

Disadvantages of using the collective bargaining negotiation process are that even though both parties have a say in negotiation, but the majority decision usually prevails, which means that numerous people, mainly in the general workforce, can be overshadowed. It can sometimes cause severe division and hostility in the organization. Collective bargaining can also be costly, both in terms of time and money.

Collective Bargaining always involves at least two parties, and the process is supposed to bring both parties together. During the process of trying to reach an agreement, people can adopt an us-versus-them approach, and when the negotiations are over, this way of looking at each other can be hard to set aside, as a result, harmony in the company can suffer.

Further, the goal of the system is always to reach a collaborative agreement, but sometimes tension boils over, consequently, one or both parties might feel they have no choice but to influence the other side into giving up. Workers might do this by going on strikes, businesses might do this by staging lockouts, and neither of these decisions helps any of the parties.

Along with many advantages of the process of collective bargaining, there are also a set of problems that may arise during the implementation of the process. Collective bargaining is mostly becoming a competitive process, i.e. labour and management compete during these negotiations. A situation arises where the attainment of one party's goal appears to conflict with the primary objectives of the other party, as management and workers come to the negotiation table without doing any research, and both the parties start negotiations without being fully equipped with information which can easily be obtained. To begin with, there is often a kind of ritual, of charges and counter-charges, generally initiated by the trade union representatives. In the absence of requisite information, nothing concrete is achieved.

The immediate objective of the workers' representatives is monetary or for other gains, which may be fulfilled when the economy is buoyant, and the employers can pay. But in a period of recession, when the demand of the product and the profits are falling, it is tough for the employer to meet the needs of the workers, he might even resort to cost-cutting or even closure, and collective bargaining is no answer to such a situation. Additionally, in industries, where the government fixes the prices of products, it becomes challenging for the employer to meet the demands of workers which would inevitably lead to a rise in the cost of the products produced. In contrast, the supply price to consumers cannot be increased. It will either decrease the profits of the firm or increase the loss. In other words, it will lead to the closure of the works, which is not in the interest of the workers.

Most of the trade unions are led by outsiders who are not the employees of the concerned organizations,; therefore, leader's interests are not necessarily identical to that of the workers. In the present situation, without strong political backing, a workers' organization cannot often bargain successfully with a strong employer.

Another drawback of collective bargaining is that the management deputes a low-status executive for bargaining with the employees. Such executives have no authority to commit anything on behalf of the administration. Which indicates that the management's seriousness and therefore, union leaders adopt other ways of settling disputes.

When the previous negotiation agreement is approaching its termination date or well before that, employees representatives come up with new demands. Such demands are pressed even when the industry is running into loss. If a management can not accept the demand for higher wages and other benefits, it would prefer to close its doors. However, an affluent industrial unit in the same region may agree with the trade unions for a substantial increase in wages and other benefits. In contrast, a losing industry cannot do that. There is always pressure on the losing industries to grant salaries and benefits like those given in other relatively affluent units in the same region. 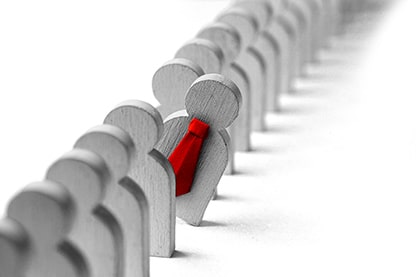 Collective bargaining is undoubtedly a useful tool for dispute resolution in any organization, and it is of great importance to organizations as human resource is the most crucial aspect of any business. For collective bargaining to be effective, it is essential that there is trust between the union and the management. However, there has been a shift of attitude towards collective bargaining of union and management, which is due to misconception about the system as well the negligence on part of the administration. There is a need for mutual trust and proper communication between both the parties and in the absence of these factors could create confusions and misunderstandings between union and organization.