Overview: Deportability in the UAE and related aspects

Deportability in the UAE and related aspects 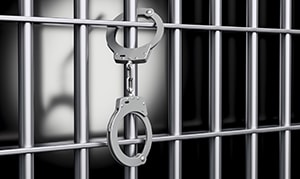 In the event that you've at any point heard that somebody was deported — ousted from a nation — at that point you can likely guess that deportation is the act of that incident. Deportation can include an occupant of a nation who is hurled out in view of wrongdoing.

Deportation alluded to as "expulsion" in lawful terms, happens when the government arranges that a non-native be expelled from the country. This can occur for various reasons; however, it normally happens after the immigrant disregards migration laws or serious criminal laws.

Deportation is the evacuation of an outsider out of the nation, basically on the grounds that his quality is esteemed conflicting with the open welfare and with no punishment being forced or mulled over either under the laws of the nation out of which he is sent or of those of the nation to which he is taken.

There is a pool of legislation in the UAE that governs every aspect of citizens living in the country to ensure peace and harmony. Due to the existence of various laws, people, especially foreign nationals, must stay aware of each law so as to be qualified to remain in the nation. Be that as it may, it might appear to be taxing to interpret all these legal concepts and their idea set down under these laws. One such term called 'Deportation' is one reason for affray among expatriates.

Deportation is an authority to the legislature and of the government to oust a foreign national from the country immediately. A decree for deportation can emerge in a few conditions, and the most widely recognised is the absence of a legal right of a person to remain in the nation and another when a person carries a criminal offense of serious nature in the region. The deportation order is most likely considered to be the punishment for the individuals who neglect to stick to the laws of the nation in which they are living. Generally, all over the world, such an order of deportation is passed only against foreign expatriates and every local citizen of the country is exempted from such an order. So as to safeguard the quiet and verified status of UAE among different countries, the UAE government endeavors to keep up such status by proclaiming techniques which can keep up high security and law-abiding belief among citizens. Deportation decree will be issued against any person who will attempt to endanger the wellbeing and welfare of citizens in the UAE.

Any deportation order that is issued against any foreign expatriate by a competent court when such foreign national or expatriate is charged with a crime that involves a custodial punishment.

Under No.3 of 1987 with regards to the UAE Penal Code which is amended by the Federal Law No.34 of 2005 and hereafter amended by Federal Decree No.7 of 2016, it is stated that any judge of any relevant court is entitled to pass a decree involving an order of deportation.

Article 121 of the UAE Penal Code states that every foreign national and expatriate who is accused under any felony that is punishable with custodial punishment or who is accused with any such crime that involves sexual assault through him shall be deported from the country. Also, in any offense of a crime, the court is entitled to expel such expatriate from the nation, and such expulsion is to be treated as an alternative to his/her punishment for imprisonment.

Besides, according to Article 325 of the Penal Code, any person who abuses the standards of religious statements of faith and customs can likewise be charged for deportation, post abiding the requisite penalty. 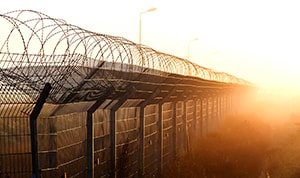 Administrative deportation is issued by the Federal Identity and Citizenship Authority against expatriate for maintaining public security, public interest and public morals. As per the Ministerial Decision No. 360 of 1997, declaring the official guideline of Law No. 6 of 1973 on Entry and Residence of Foreigners, altered by Decree Law No. 17 of 2017, the government lawyer or his representative and administrator of Federal Authority for Identity and Citizenship or his delegate may issue an deportation order against an expatriate, regardless of whether he/she holds valid entry visa or residency visa, if that deportation decree is required for public security, public interest and public morals, or if that expatriate does not have an evident means for living. Any such deportation order issued against an expatriate may incorporate the individuals from his family, who rely upon him for their living.

One thing is certain, and there is no doubt to it, that when a deportation order is made against a foreign national, that is final. It means that such person against whom this order is passed cannot return to the country and is blacklisted.

In any case, when an individual has been ousted on account of reasons that don't really fall under-representing a danger to the nation, they are permitted to make an appeal. They can do this from outside the nation.

They can go to the Ministry of Interior site and apply for an exception.

“A foreigner who is deported may not return to the country except with special permission from the Minister of Interior.”

Another method for doing it is by naming a legal counselor. They can contact a legal advisor situated in the UAE to speak to them for their appeal. Such applications of appeal are assessed by the experts in the UAE, seeing to it if the so deported expatriate stands any chance to return to the country.

There are no specific documents that need to be attached while applying for appeal. The authorities make a decision based on various factors. Checking if the individual represents a risk to the security and wellbeing of citizens is likewise vital. The applicants must note that they stand a minimal chance of lifting the ban if they've previously committed any major crime.

As per the Executive Regulation of Law No. 6 of 1973 on Entry and Residence of Foreigners, the blacklist incorporates the names of people restricted to enter or leave the UAE due to the commitment of a crime, their obligation to respect others' civil rights or for being unsafe to the public security. Entering names in such a blacklist or dropping names from the same will be based on a letter issued by the concerned authorities for the following matters:

The administrative list incorporates names of people prohibited from entering the UAE because their residence visas have been canceled and people restricted from leaving on account their they have escaped from their sponsors.

The lifting of names from the Blacklists

The names in the blacklist can be lifted according to the following conditions:

A. Persons who are banned from entrance:

B.  Persons that are banned from leaving:

The lifting of names from the Administrative Lists

The names of people falling under following categories of the administrative list can be lifted after the expiry of one year from the time they left or were deported from the UAE: 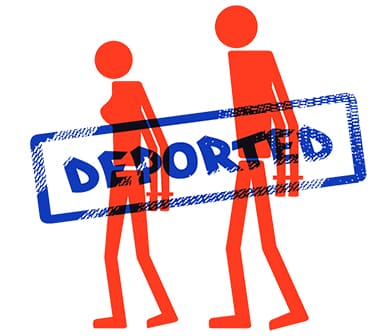 The practice of deportation is one of the many techniques that the courts use to safeguard the country. While lakhs of new residents arriving in the UAE to works, live, educate their children and further make life here are mainly law abiding, those who commit dangerous crimes are bound to face ejection.