Self Defence or Criminal Action - Where Does the Line Lie? 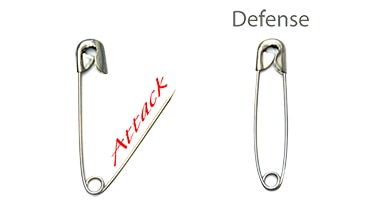 The topic of self-defence is one which can be quite complicated. One of the most basic and critical drivers of a human is that of self-preservation and protection. At the most personal level, this would mean the protection against physical bodily harm, and it can then extend further to include the protection of one’s property and possessions. It is somewhat of an instinctual matter, at least concerning physical self-defence. Humans innately protect themselves, and this is evident in the fact that we have an uncontrollable fight or flight response when we enter into a situation which demands it. How we react can vary greatly, and the extent to which we go is therefore highly varying.

We are also emotional beings, in these such circumstances, protecting ourselves and what is ours can lead to responses which may accentuate our reactions. The essential point to realize here is that there are a significant number of facts to consider that may play a part in the act of self-defence.

However, in a society that is governed by laws and regulations, we have clear guidelines to which we must abide. While in a person’s mind, actions may be acceptable under the circumstances, the laws may not align with this. However, around the world, it is widely recognized that acting in self-defence is certainly allowed. Crime is very much a real issue and can be harmful and even life-threatening. There is no denying its existence, and so it would make no sense to prevent people from acting in their self-interest of protection if the need should arise.

The UAE is, of course, no different from the general international norm on this front. The Penal Code (UAE Law Number 3 of 1987) covers the area of self-defence, and it was further added to and fleshed out through the Abu Dhabi Judicial Department (ADJD) Criminal Law regulations.

In the Penal Code, Articles 56 to 58 cover the area of self-defence. However, within the ADJD Criminal regulations, all of the same points are included as well as many new or explanatory expansion points. As such, this article will primarily concentrate on the latest and more in-depth regulation.

Initially published in 2014 the ADJA law, Chapter 3 covers the topic of justifications. These regard justifications for actions performed by parties, and so it would make sense that the matter of self-defence would make up a significant portion of this Chapter.

Articles 56 to 59 govern the lawful use and extent of self-defence, though following this, there is an entire section of the legislation dedicated to the further expansion of the topic.

Top begin with Article 56 commences by stating that there shall be no criminal offense for a case where an action performed is done so in self-defence. This clarification is the very initial point which is used to commence the Article, and it sends a powerful message that effort to protect one’s self or their property or an act that can be justified, are allowed and will not result in a criminal offense occurring. While this is a generalization and there will be exceptions stated, it is a positive thing to know that this is the first element mentioned. Article 56 then proceeds to dictate the situations and conditions that would are considered self-defence. There are four conditions which are as follows: 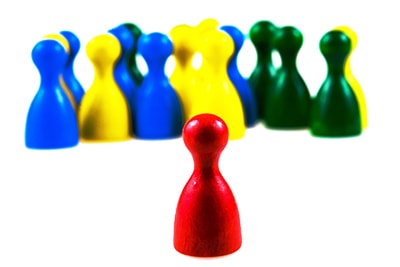 From this, a simple deduction would point to the fact that if there is no other option, self-defence should occur as a last resort only. There should be a real threat or potential of a situation turning sour, and there should also be no official and regulatory means to diffuse the matter, such as a police officer nearby.

An example case which demonstrates this is one in which a 44 year old Asian ended up killing a co-worker. The co-worker attempted to harm the man with a knife and indeed succeeded to injure them. However, acting in self-defence, the man managed to get hold of another knife, and the result was that the attacker received mortal injury and died. However, any charges of murder did not stand and were dropped as this was seen as a legitimate act of self-defence following the points previously stated.

Following this, Article 57 concerns a grave matter. It covers the potential of murder and how it relates to self-defence. Murder, one of the most heinous of crimes, is shunned by potentially ever civilization in the modern world. However, in the case that there is murder as a result of someone acting in self-defence and murdering their attacker, multiple issues of relating to not only the legal implications arise, but also the ethical dilemmas that proceed.

Article 57 states that self-defence does not allow for the act of pre-meditated murder. What this potentially means is that if one intends to defend themselves through the use of killing, this will be impermissible. A result of a death will only be considered as self-defence and not be counted as a criminal offense if one of the following cases:

The crimes as mentioned above are among the worst that can be committed, and one of the primary elements they share in common is that they have the potential to result in serious bodily harm or even death. Therefore, it would make sense that someone could respond very seriously in defence and so there will be a level of justification for murder. However, due to the seriousness of the action, a death on one's hands may still carry repercussions.

An example of a case in which just this occurred was during a 2008 trial in which an Emirati individual shot dead another individual. In this case, the party K.B suspected that the Emirati M.H.M had a woman with him in his vehicle and so proceeded to chase him. M.H.M soon stopped their automobile and produced a handgun which he fired Multiple times. The result of this was that K.B received fatal injury and died. M.H.M claimed that they acted in self-defence, though when considering the entire situation, he was still found guilty of murder and received the death sentence.

Article 58 states a critical exception to the area of self-defence. One may not use it as an excuse to resist or fight against authorities that are going about their work. These 'authorities' would include the likes of the police. The simple reason for this is because police in the line of duty have a right to apprehend those that have committed or a reasonably likely to commit a crime or act of harm. It is their job to do so, and as previously mentioned in Article 56 (2), an individual is in the position to act in self-defence if there are no authorities available to do so. Therefore, it is deducible that authority figures will be in a place to take action where necessary. 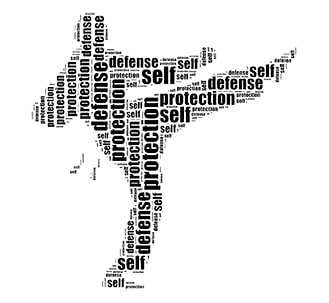 As has been shown, the concept of self-defence raises many questions, and the legalities surrounding it can be complicated. However, it is very much permissible to act in self-defence with force, so long as only the necessary steps occur. Who is to decide where that blurry line lies, and how far is too far as an act of personal defence? It is here where Article 59 of the law allows for judges to empathize with a case to a certain degree, and arrive at a more genuine understanding of the situation before them. What this will further allow for is for a more in-depth system that is not beset by the rigidity usually present within laws as written.