Overview: Importation of Private Aircraft into the European Union

Consider this scenario. An individual who has been a resident outside the European Union (EU) for ten or more years, intends to import a private jet into the United Kingdom. The aircraft is to be purchased by a British Virgin Islands (BVI) company and is based out of Canada. The person with a majority shareholding in the BVI company (and his office) has had sole ownership of the aircraft. The individual wishes to shift his place of residence to the United Kingdom. What might the tax consequences of importing an aircraft into the EU?

Once the aircraft lands In the UK, it's imported to the EU [Council of Mutual Economic Assistance (CEMA) 1979 S 5(2)(b)] upon taking into induction customs duty and Value Added Tax (VAT) charges, which is solely dependent upon the fact if the aircraft is imported.

In the case of a temporary importation by a permanent resident of the EU, a benefit of total relief from customs duty and VAT is duly provided.

An individual who is not a resident of the EU, but wishes to shift his regular place of residence to the UK from outside the EU will be given the temporary admission relief in regards to the importation of a private aircraft. Once the aircraft is taken into importation, it will then be charged VAT and customs duty unless a transfer of residence relief is applied for.

A transfer of residence relief applies only to a person who is shifting their normal place of residence from outside the EU (SI 1992/3192, Art 11). Upon entering in the UK, the individual is not subjected to pay VAT or customs duty that is chargeable upon the importation of “property” in the UK. There are certain conditions for the same, and they are as under:

An assessment of the individual whether he or she is treated as a normal resident in the county that the person originates from (SI 1992/3192, Art 3):

If an individual does not have occupational ties in the UK, he or she will have to provide a source of personal ties in the UK. The date on which a person usually becomes a resident of the UK is the date from which he or she has given up their normal residency in a different county.

There are more detailed rules that govern the classification of an individual’s normal country of residence in cases where such an individual’s personal and occupational ties show close links with several different countries respectively. [SI 1992/3192, Articles 3(4) and 3(5)] 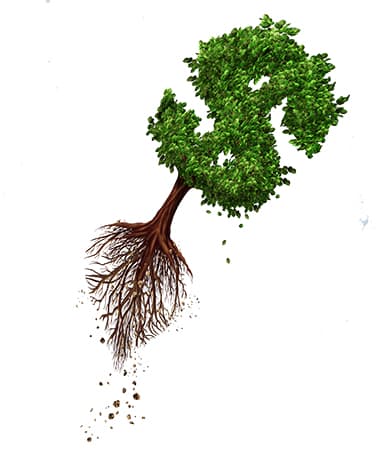 To be eligible for applying for transfer of residence relief, an individual should be able to demonstrate with adequate supporting evidence that the aircraft has continued to be in possession as well as has been used by in the country where he has been a normal resident for a minimum period of sex months before importation into the United Kingdom. Further, ‘possession’, in essence, means ‘to have’ as opposed to ‘to own.’ (HMRC Notice 3, September 2004)

Essentially, the supporting documents for evidence of possession as well as evidence of use may include foreign registration papers, purchase invoices, insurance policies, to name a few.

Additionally, it is also useful to know the structure of the ownership of the aircraft; whether such aircraft is owned by a certain company, and if so, what the corporate group structure is.

Upon assuming that the abovementioned conditions are duly met, a declaration for relief, as in the HMRC Form C3, will have to be made within twelve months from the date of when the individual becomes a UK resident.

In a situation where the aircraft which is being imported into the UK is owned by a corporate entity, the person who is importing the said aircraft will possession and use of the aircraft by virtue of his office. This essentially gives rise to further income tax liabilities with regards to his private use of the said aircraft, upon becoming a UK tax resident. The use of a private aircraft will be taxed as a type of benefit provided by an employer ‘by reason and way of the employment.’

A substantial rise in annual tax liability is triggered by way of benefit in kind charges. It is calculated based on the number of days that such aircraft are made available for a person’s personal use. Therefore, the sum of the benefit which will be chargeable is the sum which is the cash equivalent of the benefit (that running charges in addition to the annual value of the aircraft) [Section 205(2)-205(5) HMRC Employment Income Manual].

One of the principal problems with TA is that the operation of the aircraft is likely to be interpreted different between the EU member states. While the concept of TA works well for the “private” flights, some of the EU member states may classify the private corporate operations to be “commercial operations.” It considered that way because such flights are being a tool of business. Therefore, it is pertinent to note that in case member state of EU or the customs unit at the airport within the region view a business aircraft as a type of commercial traffic, there are chances that the TA may get rejected, unless such airport is being used for the sole purpose of transporting passengers in and out of the EU (but not within).

Generall,y TA does not allow the aircraft for charter within the European Union.

The temporary admission of an aircraft to the EU does not per se give one the right to engage in the business or activity of charger flights within the region. A third-party provider could possibly provide guidance with regards to the EU cabotage considerations and regulations. Additionally, it is advisable that temporary admission be in the form of writing.

Considering the above, yes, the temporary admission may technically also be an oral declaration, even though there are a number of difficulties that arise in few parts of the EU as they not even member state accepts oral declarations. Therefore, it is advisable to reconfirm any oral declaration by obtaining an approval vide TA form with a customs stamp as well as written authorisation from the owner of the aircraft allowing the EU citizens to travel onboard.

In a situation where a person is employed by a non-EU owner where private use of the aircraft is allowed as per the employment contract, a copy of the said contract should always be  carried on board.

Rules for Private Use by an EU Resident

An EU resident may use aircraft if the two conditions mentioned below are duly met:

Therefore, the written permission of such non-EU resident who is the registered holder of the aircraft must mandatorily be made available to border agency officers or customs office if the same is requested. They must confirm the following:

The above list is not exhaustive but gives a gist of the conditions that need to be met, which may vary from resident to resident.

The validity of the TA

It is pertinent to note that a TA may be valid up to a period of six months. Further, it terminated if the said aircraft leaves the European Union within the period of the sixth month. However, to start a new six months period with a renewed TA, the aircraft may leave the EU provided it returns on the same day. When the aircraft is returning to the EU, it is advisable that the customs authorities or both the countries be contacted for due stamping of the TA form to avoid complications. 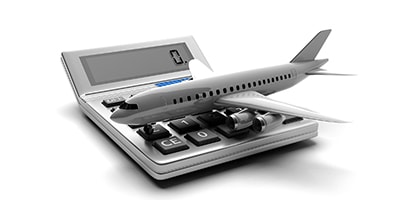 Since the costs and rules with regards to permanent importation of an aircraft have recently dynamically changed, a number of operators are shifting over to TA. the However, TA may leave you open to certain risks and issues. It is essential that the operator weighs the pros and cons as well as carefully evaluate all available options before opting for TA.