Overview of World War between brands

The World Wide War of Brands

Once upon a time, there were two large fast food chains X and Y, who were prominent in serving their millions of customers with gourmet burgers. However, the lively competitiveness between them turned bitter when X advertised that their gourmet burgers were fresher and tastier compared to certain other fast food joints in town. Everyone knew who were they referring to in the advertisement! The elicited chief marketing officer of Y subsequently published an advertisement in the national TV stating that their burgers contained less cholesterol than all other joints in town and explicitly compared the ingredients of their burgers to X’s burgers. Consecutively, a global marketing battle commenced between the fast food giants. Both the companies invested an immense amount of finances in an attempt to degrade the other on television channels and newspaper advertisements. They were so engrossed in this feud that they forgot to improve or promote their product. 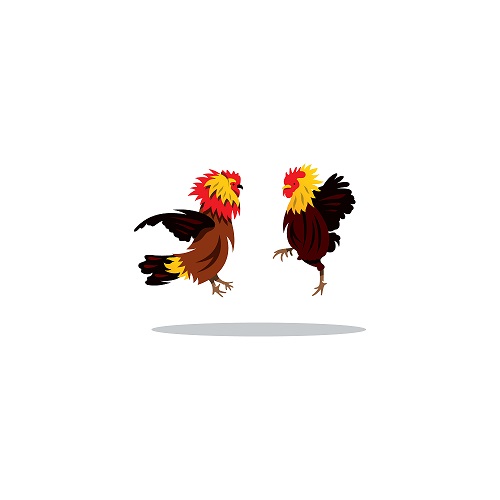 Competitiveness supplements growth; however, rivalry degrades morals. Corporate giants spent millions of dollars in product endorsements (or rather to disgrace the competitor’s goodwill). However, they forget the old proverb that money saved is money earned. A company’s foremost objective is to increase its profits and elevate its goodwill and reputation in the market. Companies have taken rivalry and competition to a different level with the advancement of technology in past few decades. Every business is distinct in the products and the services they provide. Certain companies might use material ‘A’ in manufacturing their products, and certain companies might use material ‘B’ in making or building their products. Therefore, a substantial difference between the products of two different companies is inevitable. Frequently, companies smear the products of their competitors through comparatively similar advertisements in the media to establish that their products are more effective than that of their competitors. Comparative advertising, as the term suggests, refers to any form of advertising in which the owner of a brand draws a comparison between his product and that of a competitor. However, could comparative advertising damage the goodwill and brand image of a competing company? Further, would the use of a competitor's product in a similar advertisement infringe their intellectual property rights? The legalities surrounding similar looking ads vary depending on the jurisdiction and the extent to which a company has used its competitor’s products in an advertisement.

The infamous case between O2 Holdings Limited and O2 UK Limited (collectively, O2) and Hutchinson 3G Limited (Hutchinson)[i] had shed light onto the legalities of 'comparative advertisements in Europe.' The former had instituted a legal action against Hutchinson for comparing their mobile phone service to the cellular-phone service of O2. O2 uses the images of bubbles about their products and also has several registered trademarks in this regard. Further, the advertisement in question had referred to O2 and displayed pictures of bubbles; however, these particular images of bubbles were not registered by O2. Subsequently, O2 alleged that Hutchinson had infringed its registered trademarks. The primary issue in the matter was whether Hutchinson’s advertisement amount to trademark infringement since they had used the O2’s trademarks solely for the purpose of comparing their products with that of their competitor. Therefore, the court held that reconciliation of the Trademark Directive and the Comparative Advertising Directive was imperative. Further, the court ruled that the advertisement had not induced confusion on the consumers regarding the commercial link between the parties. However, the implications and the legalities of "comparative ads" vary depending on the jurisdiction and the domestic legislation in which the advertisements got published.

The Federal Trade Commission (the FTC) of the United States recognized that comparative advertising was not a thorny rose in the marketing bush. The use of comparative advertisements elevated in 1969 after the FTC had pronounced that "truthful comparative ads" were a valuable source of information for the consumers. In the US, the Federal Trade Commission Act and Section 43(a) of the Lanham Act[ii] regulate the arena of comparative advertising. The FTC does not require a high standard of proof for substantiating "comparative advertising" claims since it has explicitly permitted its usage. Therefore, advertisements that discredit or dishonor the products of another brand are permissible as long as they are fair and not impliedly deceptive. Further, the FTC has provided that an advertisement would be considered to be defective when a representation or omission is likely to mislead the consumer and consecutively, affect his judgment regarding the product or service. However, an advertiser would become liable if he had a reasonable substantiation for perceiving that the information in the advertisements was fair and honest.

Further, Section 43(a) of the Lanham Act has prohibited any misrepresentation in the on the nature, characteristics, qualities or geographical origin of the advertiser’s or his competitor’s products or services. However, the ambiguity of the country’s legislation lies at the crossroads where the FTC Act meets the stringent provisions of the Lanham Act. The vast ambit of the Lanham Act confers a court with authority to hold an advertiser liable if the information is likely to deceive a consumer. Therefore, it establishes that an advertiser who has specified the literal truth could also be responsible and implicated as long as the consumers get misled due to an implied message in his advertisement.

Companies that suffer impeccable damages due to its competitor’s competitive or comparative ads have multiple causes of action to recover damages from the latter. However, the financial aspect of damages that a court would award ultimately depends on the legality of the advertisement and the number of days that the advertisement got published among other things. The US courts, known for its effective and reliable tort law implementation, provides companies with huge damages especially when a party has suffered a quantifiable loss. However, companies get burdened with the mammoth task of proving their alleged loss from a competitor’s advertisements. Further, companies might also have to undertake a consumer survey to establish that a "competitor’s comparative advertisement" could have substantially misled a consumer even if it has merely stated that truth. Therefore, numerous companies have escorted to the shadow of alternate dispute resolution available at the National Advertising Division and the National Advertising Review Board to further their claims for damages in this regard. Companies are, hence, advised to resort to a law firm that provides bespoke legal advice to determine the legality and the validity associated with a comparatively similar advertisement. 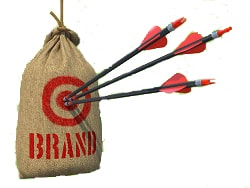 UAE has been the central hub of the Middle Eastern investors for the past few years. Therefore, it is only palpable to opine that the degree of competition has considerably elevated with the increase in the number of multinational companies that have established themselves in the country. Unlike the US, no specific legislation in the UAE has provided for explicit provisions regarding the legalities surrounding a comparative advertisement.

The general presumption regarding these advertisements lies upon the fact that they get permitted due to the legislative vacuum in the particular sector. Therefore, one can always argue that a company would be authorized to use its competitor’s trademark for just a few descriptive purposes. However, the provisions of the Federal Law Number 37 of 1992 (the Trademark Law) has prohibited a party from unlawful use of another party’s trademark. Therefore, the issue of intellectual properties could rush to the frame since the primary purpose of comparative advertisements includes a comparison with a competitor’s products. The first ambiguity in this matter is in regards to the ambit of the term ‘unlawful use.'  Would a "comparative advertisement" amount to 'unlawful' usage of a registered trademark? The party which alleges that its competitor has deceived the public by using its trademark in an advertisement bears the burden to prove. The former party would be required to conduct a thorough evaluation of the advertisement determining the legality of the same.

The ambiguity in the law has supplemented to the unprecedented growth in competitive and comparative advertisements. Companies usually compare their products to that of their competitors’ with the view to induce the public into realizing the benefits of their products and services. However, companies and corporations should exercise caution before publishing an advertisement that could land them in an ocean of legal mishaps.