Amendments to Federal Law No.… 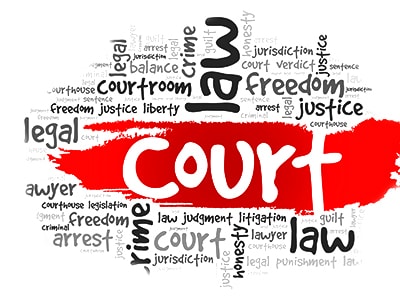 Law may seem an unchanging presence that looms over all. It indeed dictates our everyday lives. Every action that an individual performs must take into account what the law may say about it. May may feel that that law dictates every waking moment of our lives, but if one were to consider that statement carefully, they would find it to be an understatement, as the law even dictates where we may and may not sleep. While the law may seem a highly controlling element of our lives, it is something so intrinsically connected to modern civilization that we barely give it a thought. The idea of the extent of the laws reach begs the question to just how free we indeed are. However, this is not the time for that discussion.

As constant and set in stone as the legal world may seem, it is one which is continually going through change and reform. Even countries in which the legal system has developed over hundreds of years, update to the system still occur on a regular basis. The change is especially the case in the UK, as the country’s civil justice system has in recent decades, been going through exceedingly extensive legal reforms which continue to this day. The UK in itself has seen some of the most important legal reforms through history. Being the founding country of one of the two primary law systems has meant that much change has arisen over time. Introductions of concepts such as equity law emerged within the country hundreds of years after the opening of the primary standard law system, and courts such as the court of chancery were introduced by the 14th century, almost 400 years after the standard law became the staple. Significant changes, such as the Magna Carta of the early 13th century, have also risen to shape the modern doctrine of the land.

A more recent reform was the Lord Woolf reform, which occurred in the late 1990’s and has shaped the current system of the country. Lord Woolf proposed this reform when he published the report in the year of 1997. Following this report, and directly as a result of it, parliament introduced the Civil Procedure Rules of 1998. These are the extensive rules that are now used by the courts in England and Wales when dealing with civil matters and procedures.

Lord Woolf’s reforms were initially intended to help reduce the cost and time courts spent on civil proceedings. He identified in his original report that the three critical issues facing the civil justice system at the time were costs, delays, and complexity. To combat the problems that he saw as being prevalent with the system, Lord Woolf proposed changes to the ways of the standard procedure landscape such as:

The entire idea behind the proposed reforms was to make the system more approachable and user-friendly. It was recommended to have the added caveat of also cutting tax spending on the court system, which would benefit both the government and the people of England and Wales

One of the most revolutionary of the introductions that were brought in by Lord Woolf was the idea of pre-action protocols. What this pre-action protocols meant was that there would be a more significant amount of cooperation between parties before any legal action would occur, including the sharing of the necessary documentation and information. This sharing of information would give both parties the required information with which they could make more informed decisions. Also, ADR was to be pushed for in almost all cases before they could go forward to litigation. The idea behind this was that if a problem could be sorted out outside of a court, it would be, and this would save the court’s time and money. At the very least, an attempt would be made to reach an agreement. Even if the ADR were to be unsuccessful in achieving a solution for both parties, it would still play a significant role in the litigation that may follow. The courts would take into account all discussions that took place during ADR, and one thing that this helps to do is that it allows for bypassing of many of the lengthy processes that usually accompany litigation.

On top of this, Lord Woolf’s reforms introduced the current concept of case management into the UK civil justice system. Case management is the concept of allowing the judiciary to manage cases in court and the aim here is to allow for faster judgments, as with the courts in control, they are better able to maintain the pace and direction of the case. What this would ensure is that there is a great deal of clarity in matters, and that unnecessary delays don’t occur whether intentional or not. With the higher level of cooperation and transparency between the parties, the entire process should be smoother and the outcome of the case should be more readily understandable, and thus easier to accept.

On top of this, all civil cases must go through individual tracks depending on their complexity and value when they reach the court of the first instance, which in the UK is generally the country court. The cases would be divided between the tracks as follows:

There were around 500,000 civil cases during the first half of 2017 (January to June). Considering that it is highly advised to first go through ADR before even considering litigation, there was likely an even higher number of cases, to begin with, and this number represents the fraction of circumstances that made it through. The facts that do make it through are then fed into the system and distributed among the different tracks.

In this way, Lord Woolf’s reforms are seen to have made positive impacts on the UK’s civil justice system through the streamlining process and the fact that the new system is continuously reducing the number of cases that make it through to court than initially arise. The proposed reforms led to the creation of the previously mentioned Civil Procedure Rules of 1998. Under these rules courts had to ensure the following: 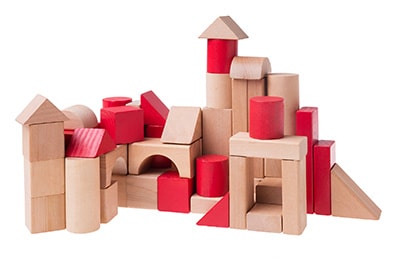 Under Article 1.4, they must provide the furthering of the overriding objective of the case, by actively managing affairs and this is achieved by:

On the matter of case management, Article 3.1 of this law covers the powers of the court. They include: