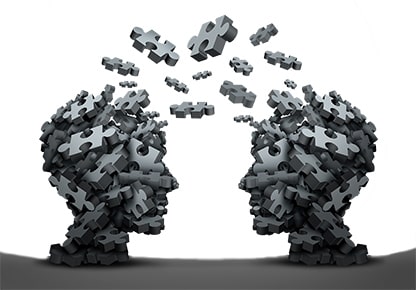 Manchester United is playing Arsenal. In an incredibly intense contest between the two, at the 85thminute, there is a coming together between the players inside the penalty box. The referee, to understand the incident and know who the perpetrator was, uses the help of Video Assistant Referee (VAR). The referee, with the assistance of VAR, was able to identify and resolve the issue at hand. Similarly, Alternative Dispute Resolution (ADR) works in the same manner. When two parties have a dispute, resolving it through the process of litigation can often be an extremely lengthy and time-consuming process, not to mention, rigid as well. ADR, in the form of arbitration, mediation, etc., brings various other options in settling these disputes without going through the process of litigation.

The DIFC was established as a financial centre and free zone 2004. In 2008, in agreement with the London Court of International Arbitration (LCIA), an arbitration centre was created with the primary objective being the promotion and administration of effective and efficient arbitration proceedings for parties based in the Gulf and MENA region. The Arbitration Rules 2016, issued by the DIFC-LCIA Arbitration Centre, govern all arbitration proceedings of the Centre, with some of the sectors being construction, media, financial and telecommunications.

Once the Arbitration Tribunal has been formed, the parties must contact the Tribunal within 21 days in whichever manner possible. The duties of the Tribunal are as such: 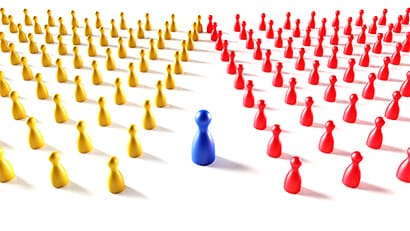 The seat of arbitration can either be mutually agreed by the parties before the formulation of the tribunal and in the event that it is being decided after the formulation of the Tribunal, the decision must be taken with the consent of the Tribunal. If any such agreement has defaulted, the seat of arbitration shall be the Dubai International Financial Centre (DIFC). The tribunal can also conduct the hearings at a geographically convenient place other than the designated seat upon consultation and agreement with the parties. With respect to the language of the arbitration, initially, the parties will use the language in which the Arbitration Agreement is formed unless the usage of a different language is specified in the agreement. If mutliple languages are used, the LCIA Court can determine which language can be utilized. If any document is submitted to the Tribunal in a language different from that in which the Arbitration is being conducted, then a translation must be provided.

The Arbitral Tribunal is empowered to issue interim orders, after a reasonable opportunity has been given to the parties to respond to the claims, such as:

With regards to the final award, it can be made in any currency provided the parties have agreed otherwise. The award issued is considered to be final and binding on the relevant parties and must be carried out immediately. The parties won't have any right to appeal or review the award. The choice of law that is to be followed in such agreements is mutually agreed upon by the parties.

The jurisdiction of the DIFC-LCIA Arbitration Centre has been contended several times. The UAE is a party to the New York Convention on the Recognition and Enforcement of Arbitral Awards. The convention is of the view that an arbitration award issued in any contracting state can be enforced without any unreasonable restriction in any other contracting state except on the following grounds, as per Article 5 of the convention:

The recognition and enforcement of awards have been further set out in Part 4 of the DIFC Law No. 1 of 2013, which states that arbitral awards will be recognized and enforced not just within DIFC, but outside the DIFC as well, in accordance with Article 7 of Law No. 12 of 2004. The jurisdiction of DIFC-LCIA Arbitration Centre was further affirmed in the case (1) Egan (2) Eggert v (1) Eava (2) Efa [2013] DIFC ARB 002, where the claimant wanted to enforce an award, that was issued outside DIFC but within the emirate of Dubai, in DIFC. The defendants contested that since they did not have anything to do with DIFC and did not have any assets in DIFC, the DIFC Courts did not have any jurisdiction over the same. It was held that the defendant is not required to be present in DIFC or have any assets in order to recognize an award, which was in accordance with Article 42 of Part 4 of DIFC Law No. 1 of 2013.

The Dubai International Arbitration Centre (DIAC) was established by the Dubai Chamber of Commerce and Industry in 1994 as a Centre of Commercial Conciliation and Arbitration. The DIAC is an independent and autonomous organization that is governed by the UAE Federal Laws. The primary objective of DIAC is to provide arbitration services with the help of internationally qualified arbitrators at an affordable price. The services offered include:

The Dubai International Arbitration Centre is governed by the UAE Civil Procedural Code Federal Law No. 11 of 1992 and the DIAC Arbitration Rules 2007. The arbitration proceedings that are followed are quite similar in nature to that of the LIAC/DIFC Arbitration Centre. The structure of DIAC is as follows:

The Board of Directors advises the Ruler on the appointments of the Board of Trustees, and their primary function is to oversee the structure and operations of the Arbitration Centre and appoint the senior management. The Board of Directors is not tasked with handling any of the cases that comes the way of the Arbitration Centre. The Board of Trustees, on the other hand, are entrusted with the responsibility of the overall management of the DIAC and is comprised of 15 members having experience in the field of arbitration with the term of the appointment being three years. The Board also has to provide the approval to organizational structure, regulations and bye-laws of the Arbitration Centre, give guidance in the adoption of DIAC's general policies and propose possible changes to the rules and procedures, if any. The Executive Committee is responsible for the implementation of the decisions that are taken by the Board of Trustees and carry out other functions under the DIAC Rules. The Manager, who is appointed by the Board of Directors, is expected to control and administer the rules of DIAC and its bodies. The Administrative Body of DIAC ensures that the arbitration services provided by DIAC run in an efficient manner, that adheres to the DIAC Rules.

The Arbitration Tribunal, as set up by mutual agreement between the parties or at the discretion of the Centre if the parties are not in agreement, must always be uneven in number. The arbitrators appointed by the Centre must be impartial in nature and must not, in any manner whatsoever, attempt to act as advocates for either of the parties involved. As per the DIAC Rules, the seat of arbitration can be mutually agreed upon between the parties, and if on the contrary, the seat shall be Dubai, unless the Executive Committee determines a more appropriate seat.

The Arbitration Tribunal of DIAC has the power to evaluate the evidence that is submitted, including the admissibility, relevance and expert opinion, if any, on a case-to-case basis and is even empowered to determine the time, manner and format which the exchange of evidence happens between the parties. The Tribunal further has the discretion to hold hearings, allow oral arguments and bring in witnesses. If the witness needs to be heard by the Tribunal, the following must be submitted before the Tribunal at least 15 days prior:

The Tribunal is also empowered to issue any provisional/conservatory orders it deems necessary. If any party requests a competent judicial authority for an interim or conservatory measure or for the implementation of any directive issued by the Tribunal, it will be deemed to be compatible with the Arbitration Agreement entered between the parties. In the event that the Claimant does not produce a Statement of Claim, the Tribunal can refuse to proceed with the claim, but this will not stop it from pursuing the Counter-Claim of the Respondent. If any party fails to utilize the opportunity to present its case to the Tribunal and does not show any reasonable cause for the same, the Tribunal can draw any inference it deems appropriate from such conduct.

The resolution of disputes using the method of arbitration has been exceptional in giving the involved parties a sense of flexibility and pace with the proceedings. With the bilateral treaties between countries and conventions like the New York Convention and the GCC Convention, arbitration proceedings and awards can be easily recognized and enforced in various countries throughout the world.

FIFA Court of Arbitration for Sports